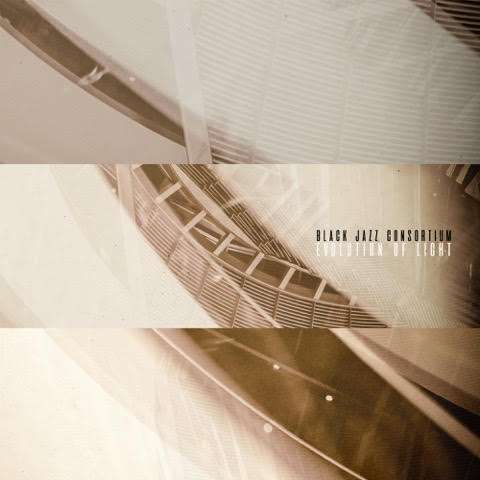 This winter, Fred Peterkin assumes his Black Jazz Consortium alias to continue his fascinating musical journey with a spellbinding new album entitled Evolution of Light. Landing on his own Perpetual Sound on November 8th 2019, the 12 track record is a further development of the American’s deeply enchanting style and finds him influenced by the music and culture of Brazil.

As music and the way we consume becomes more immediate and instantly gratifying, Black Jazz Consortium goes the opposite way: nothing about what he does is forced or a grab for your attention. It is meticulously crafted, enriching music that demands and rewards close attention. “Can you listen to this piece of music over and over and not get tired of it?” ask Peterkin. “Can you come back to it five or even ten years from now, and will it still be fresh? Will it still excite you? Will it still inspire you? I know the music I love does that for me so I can do no less when I’m writing music.”

The American has been doing so for more than a decade now. Always dealing in deep, unhurried music that is smooth, seductive and spiritual, he has made a name for himself as someone who can hypnotise you for long periods of time. He rejects the status quo, turns away from cheap hooks or trendy fads and crafts involving music that is about making real emotional connections with his audience. His often painfully honest music comes from deep inside him and heads deep inside those who hear it, building subtle tension and urgency along the way.

Peterkin crafts tracks that are spacious and luxurious yet totally compelling. His vintage keys and wispy synths are allowed to linger, leaving smears and soft focus trails in their wake. They delicately colour in the airwaves above his famously rolling, rubbery and heavy kick drums which keep people locked in and along for extended musical journeys. Black Jazz Consortium has given rise to three previous albums and 12 EPs, almost exclusively on his own now disbanded Soul People Music.

This latest album lands on successor label Perpetual Sound, which started in 2018 and is already synonymous with music steeped in warmth and depth. “It took 13 years to reach this place so it’s a good idea to document this part of the journey,” says Peterkin of this latest addition.

Evolution of Light finds the now Berlin-based Peterkin working with a range of collaborators “in order to broaden the scope of Consortium in terms of the music, ideas and sound.” The result finds him interpreting Latin and Brazilian music through his own unique lens. Throughout the 12 tracks, he harnesses the power of the sun and emits his own majestic and warming solar rays. His setup didn’t change for the process, just his mindset: “the album is about songs, not tracks. Gear is secondary to the process, I’m much more about crafting a certain mood.”

A notorious album specialist who was once putting out one a year, Peterkin is most at home with the longer playing times of a full length. He is someone who needs time to tease out his lasting emotions, to sink you into his musical mindset and allow you to marvel at its beauty. “There has been a lot of growth since my first album,” he says, rightly, “I wanted to answer with a follow up that is honest, and along the way Brazil became a focus, so here we are.”

Always searching for authentic truths, Peterkin worked with Brazilian musicians on tracks like ‘Sacred Sun’, ‘Salvador’, ‘More Blessings’ and ‘Another Path,’ and they’re all permeated with South American rhythms, lilting percussion and sun kissed moods. “Life is a series of moments that make up your experience, and I’m directly reflecting that in my sound. Music is a gift to the planet. I believe it’s what I’m here to do so I don’t ask questions. I follow the path that’s in front of me and serve the music. The only rule is that I stay true to myself.”

This most cathartic and life affirming of albums starts with lilting Spanish guitar and bird calls that flush all stress and tension from your body. As a rhythm appears, you’re soon carried away and onto the whispered ad libs, knotted bass riffs and fluffy drums of ‘Another Path’ before ‘Sacred Sun’ is a gorgeous, cosmic jazz-tinged ode to the fire in the sky. Peterkin’s masterful drum programming defines ‘A Century of Love’ with its soaring, pixelated lead, and ‘Soul People Music For Life’ is lush, samba influenced deep house.

At the mid point, ‘Salvador’ has a conversational lead synth that speaks to the soul as exquisite piano chords and twinkling keys melt over and over, ‘Brisbane’ is jazz-funk that the legendary Azymuth would be proud of, and ‘Energies Collide’ is an archetypal Black Jazz Consortium piece that is vast in scale and has you gazing in wonder at the melodic rain that falls all around you. ‘Focus’ is a heavier track with beatdown grooves that make way for the upbeat boom bap of ‘Love Alliance,’ then more funky bass playing and astral keys make ‘Paradise Essential’ another gem before closer ‘Resonate’ muses on consciousness with rumbling drums and jittery perc all topped off with celestial synths and keys.

Evolution of Light avoids all obvious tropes and lazy motifs. It is a comprehensively realised new direction for Black Jazz Consortium that takes deep house into a whole other world.