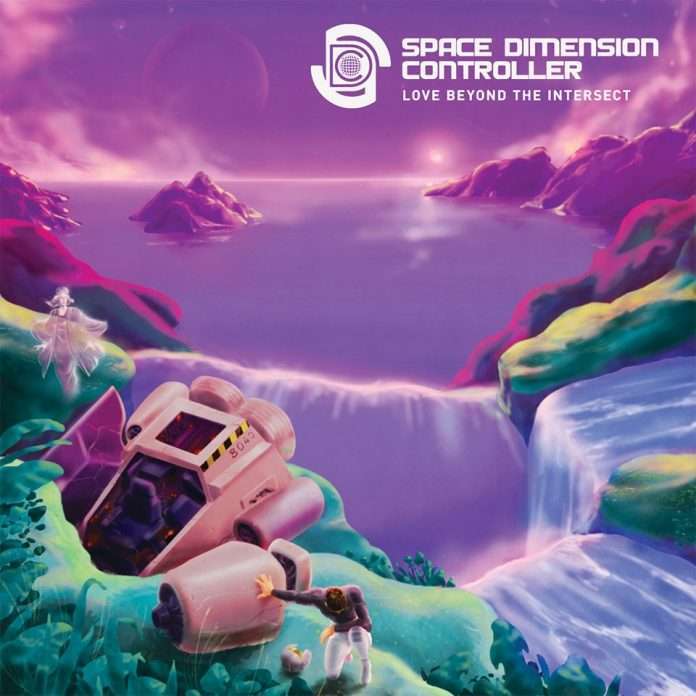 Space Dimension controller returns to R&S Records for the follow up album to ‘Welcome To Mikrosector-50’.

Stranded at the edge of space and time; Mr. 8040 has crash landed on a strange planet following a space dust and vecta grog fuelled burnout on the astro bandit colony of PVLN.
With distress calls lost to the planet’s surrounding empty space and his life support system damaged beyond repair; Mr. 8040 exits his ship to brave the unknown world in the hope of finding help.

Weakened by the planet’s heavy atmosphere; Mr. 8040 collapses. He is awoken by the calming presence of a native woman who offers to guide him to someone that may be able to repair his ship. Though frail and disorientated; Mr. 8040 moves forward, growing ever fonder of his new aquaintance. She bestows a small piece of her life-force to him, aiding him on the early stages of their journey.

Days later the pair reach The Reflective Forest; A beautiful, yet dangerous region of the planet where time moves slower – the psychoactive environment can cause crippling hallucinations. Tormented by the visions of his past; Mr. 8040 breaks down. Uncertain of his ability to travel any further, he is reassured by his companion.

By sundown they find themselves at the end of their journey; but not where Mr. 8040 had expected. It is the crash site of his ship and from within the flames a figure of static and noise walks towards him. Face to face with the mysterious figure, Mr. 8040 realises it is an apparition of his former self. Under the advice of the woman that saved his life, he knows that in order to continue he must let go of all that came before the crash, both good and bad.

In a sudden burst of light, Mr. 8040 and the apparition become one. The light fades and his ship appears unscathed, his newfound muse waiting onboard. With his mind and ship repaired, Mr. 8040 climbs on board. The pair leave the planet behind, embarking on new adventures deep into the unknown galaxy…