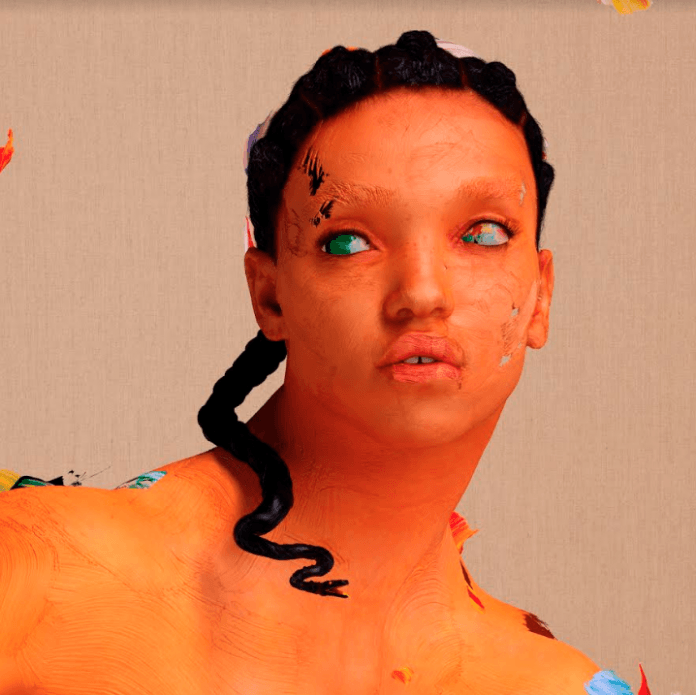 FKA twigs has gone through it in the time since she released her last major record, 2015’s M3LL155X EP. In 2017 the one born Tahliah Barnett split from fiancé Robert Pattinson, and later that year the singer underwent surgery to remove tumours from her uterus. Barnett channels these traumas to emerge, bruised yet defiant, with her second studio LP MAGDALENE.

The whirlwind of the past couple of years manifests itself in MAGDELENE’s lyrics. Unsurprisingly there are moments of pain here – ‘Would you make a wish on my love?’ Barnett sings on ‘sad day’ while on ‘day bed’ she mourns that ‘vacant are my nightmares, rest becomes my nowhere’. However, there are also points where twigs looks to draw strength from her experiences. The album’s almost-title-track ‘mary magdalene’, for instance, is a fine instance of musical self-care (‘a woman’s time to embrace, she must put herself first’).

The beats and arrangements of MAGDALENE reflect twigs’ turbulent times. Some of the tracks sound intentionally washed-out, almost exhausted, in a manner strangely reminiscent of Nick Cave & The Bad Seeds’ Skeleton Tree – another record born from torrid moments in its creator’s personal life. While there are songs that hark back to LP1’s baroque beat odyssey’s – the Future-featuring ‘Holy Terrain’, for instance – there are also several tracks here where drums fade into the ether and traditional song-structures give way to impressionistic, ornate sound design. It is in these instances when Nicolas Jaar’s heavy involvement in Magdalene’s construction is most keenly felt.