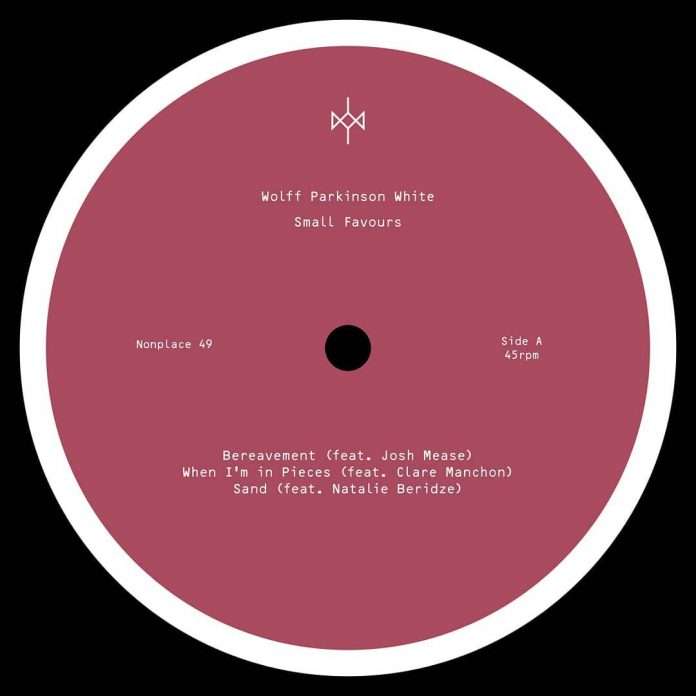 Bereavement (feat. Josh Mease) taken from Small Favours EP, out February 7 on Nonplace
Jazz-center-of-the-universe-based, exiled German-born drummer Jochen Rueckert presents his working quartet with guitarist Lage Lund, bassist Matt Penman and legendary saxophonist Mark Turner. The band from New York City plays Jochen’s compositions containing surprisingly more optimistically swinging sections rich with chords than one would expect from a teutonic drummer, sprinkled with the occasional 3/8 bar for good measure.Jochen’s deliberate avoidance of formal music education, albeit initially for budgetary reasons, provides a great lack of erudite nonsense in his writing.Jochen is celebrating his 4th album, titled “Charm Offensive” (Pirouet records, 2016).The band has been touring since 2011, reaching greater depths of musical interaction as it continues to do so, proudly devoid of the mounting gimmickry and desperate festival-pandering observed in many of its peers.Jochen is mostly known for his work in 12 years of the Marc Copland trio, the mid-2000 Kurt Rosenwinkel New Quartet, all of Nils Wogram’s Root 70, recent work with the Melissa Aldana trio, his electronic music programmed under the alias “Wolff Parkinson White” as well as his series of ebooks aptly titled “Read the Rueckert – travel observations and pictures of hotel rooms”.

On “Small Favours”, the 6-track Vinyl edition of the album „Favours“, electronic music wizard Wolff Parkinson White teams up with guest singers – amongst them Norah Jones, Natalie Beridze and Pascal Le Boeuf – for an even number of songs in odd time signatures. Juxtaposing his trademark torrent of rapid-fire sliced processed audio with the warmth of the human voice, Wolff Parkinson White’s first EP release on Nonplace relies on comparatively familiar song structures and answers the question of what a collaboration between Björk and Venetian Snares would sound like, if both were more aware of the drawbacks of both diatonic tedium and ceaseless harmonic wasteland, respectively. The 6 tracks were hand picked by label owner Burnt Friedman from the full 13 track album release, which will be included with a Bandcamp download code in any mail order directly from the label.

“The unlikely pairing of a boomy downtempo dub track, Norah’s soulful vocals and drug paraphernalia-laden lyrics is reminiscent of the 1990, when everything was better.” -Jochen Rueckert on “Department of Failure feat. Norah Jones“