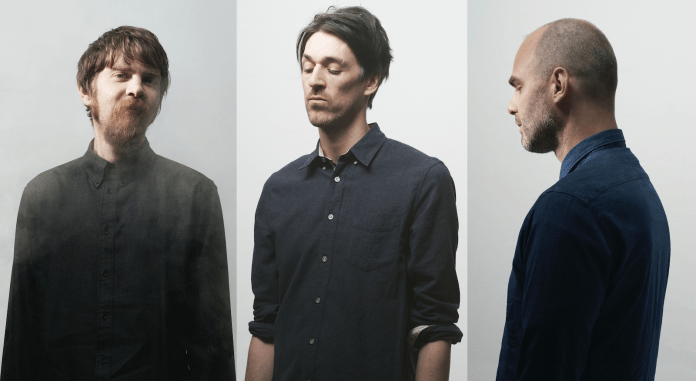 The innovative electronic trio follows up their introspective ‘Points Beyond’ with the second single ‘Wake Me Up’, lifted off their upcoming album, ‘Hardly A Day, Hardly A Night’.

Full of organic instrumentation paired with purpose-built synthesizers, every sound on the album is unique. ‘Wake Me Up’ is no exception, utilizing the trio’s unique sound design and Tim Digby-Bell’s siren-like vocals to tell a story about the impermanence of self-identity.

Originally an electronic duo comprised of Dutch producers Ariaan and Peter, Cubicolor became a three-piece band with the arrival of British singer-songwriter Tim in 2015, after collaborating on breakthrough single ‘Falling’. A published poet and playwright, Tim’s musical upbringing was rooted in playing guitar and listening to Nick Drake. Combined with Ariaan’s encyclopedic knowledge of electronic music and Peter’s love of late romantic classical, they created what Clash described as “a beautiful, haunting fusion of ideas.”

‘Hardly A Day, Hardly A Night’ is available to pre-order now, digitally, on CD and on limited edition 2×12” Mirri board gatefold vinyl, due for release 21 February 2019.