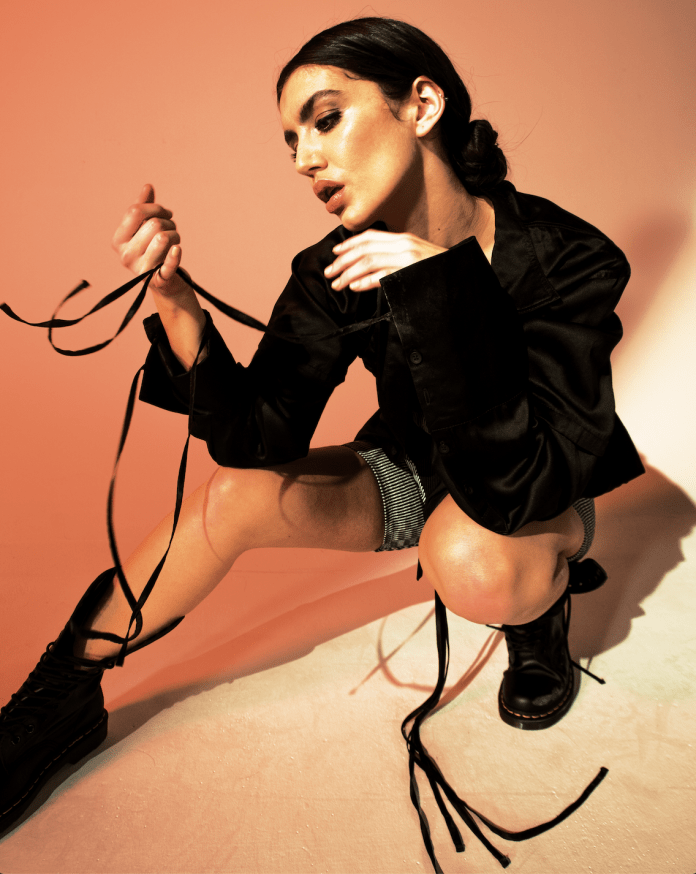 ‘Gone’ (which was unleased on the world just over 2 weeks ago) is the first new music to come from GRACEY in 2020. Like the ‘Imposter Syndrome’ debut EP that came before it, ‘Gone’ is an impeccable modern pop song, encapsulating all that makes GRACEY such a terrifically exciting new talent. Written after GRACEY underwent intense surgery on her vocal chords and a subsequent painful period of forced rest and silence, ‘Gone’ carries the weight of a future pop powerhouse, bursting to deliver and has already received a wealth of support from Radio 1, Spotify and fans and critics alike.

The accompanying video which is released today has been directed by the equally exciting new creative talent Aidan Zamiri. Bringing to life the central themes of GRACEY’s lyrics and melody, the video finds social media anxieties played out in real life where – like on social media – you can find yourself surrounded by hundreds of people and yet still feel totally alone.

‘Gone’ finds GRACEY moving into her exciting next chapter. Her debut EP is now confidently under her belt, her first ever headline show at Laylow was packed to the rafters and her current single ‘Don’t Need Love’ with 220 Kid is currently climbing the viral charts and has just been added to the playlist at Radio 1. Therefore, the stage feels undeniably set for a stellar 2020 for GRACEY who is already being tipped as one of the most exciting new voices in British pop, as well as an in-demand songwriter for some of the biggest names in the game. For those yet unaware, GRACEY was recruited at 16 as a top-line writer for Xenomania and now at still only 22, she’s stepping into her own, dazzling limelight as an artist in her own right. With that comes its own pressure, and her brilliant songs tell the honest truth about heartbreak, social media and the fears and anxieties that come with bearing your soul with the world.
https://www.facebook.com/GRACEY