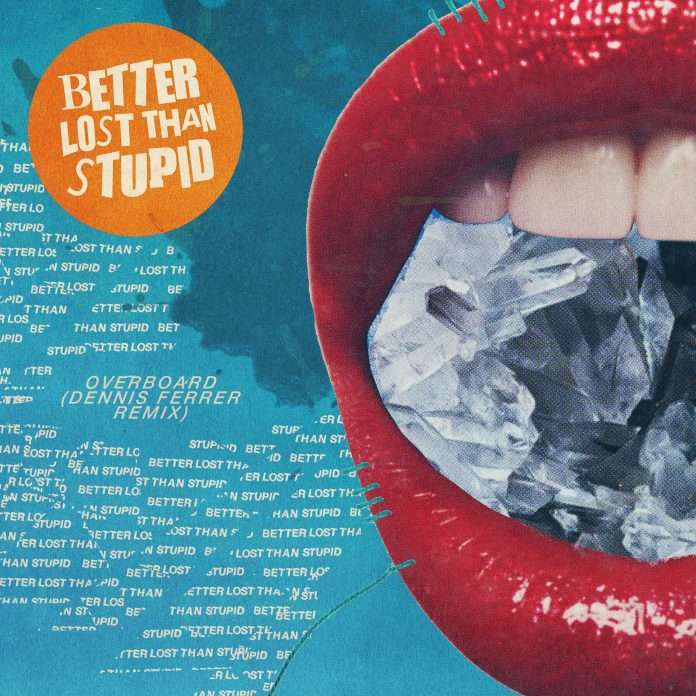 Better Lost Than Stupid, the electronic supergroup comprised of Martin Buttrich, Davide Squillace and Matthias Tanzmann released their widely acclaimed debut album, Wild Slide, last September. An accompanying remix series has since been underway and is set to heat up once again with the addition of scene heavyweight Dennis Ferrer. The USA based DJ and producer follows on from Black Circle, Martin Buttrich and most recently Mousse T.

“Working on this remix was both frustrating and rewarding at the same time. I wanted it to be able to cleanse your musical palate and, if I did my job right, it should do just that. Let me know if you like the taste.” Dennis Ferrer

Dennis Ferrer’s remix of Overboard combines slick production with a touch of grit that results in a powerful dance floor ready tune. Energetic percussive elements lead the way alongside a punchy bassline that drives the remix whilst being complemented by playful use of the vocals. A world class producer, Dennis’s work has fused many styles over the last three decades, leaving a trail of timeless hits along the way. His original works include ‘Hit It Off’, ‘Son of Raw’ and ‘Hey Hey’, whilst his remix efforts can be found on tracks ‘Underground’ and ‘The Cure and The Cause’. Dennis also heads up Objektivity as a platform to release his own music as well as featuring artists such as; The Martinez Brothers, Mark Fanciulli, Honey Dijon among others.

House ConnectFM 40: Tracks of the Week