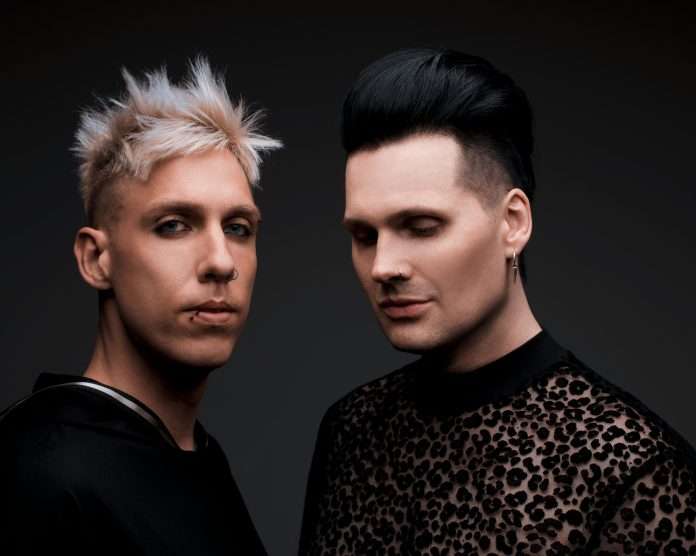 Berlin based duo PALAST create music inspired by important social affairs. Combining their narratives with deep, cinematic soundscapes, the pair follow the release of their 2017 LP with their new single “Oh, Pretty Woman”.

Imbued with rolling drum beats and impassioned vocals, “Oh, Pretty Woman” is a reworking of Roy Orbison’s 1960s classic – twisting the narrative to highlight an insidious interpretation. Lead singer Sascha Pace explains the idea in a little more detail – “Whereas the subject of the classic film is about a girl finding her way out of prostitution in a very romantic Hollywood way, there was this one specific newspaper article on human trafficking that I just could not get out of my mind. It said that about 54% of victims end up in sex slavery. So we painted another picture of the subject while using the same song, but in a deep, dark minor key version.”

“We’ve got a lot of problems in the world, for sure, but I believe this one does not receive the attention needed to esteem the respective victims. So this is why we chose to record this version of the song.”

Made up of Sascha and drummer Marc Engel, the pair have been carving out a space for themselves in the musical landscape for years – with Pace a guitarist in German heavy metal band HELLOWEEN and Engel a member of electro punk group Rabia Sorda.

Using their platform to highlight issues overlooked by the mainstream media, PALAST’s creations are truly unique.