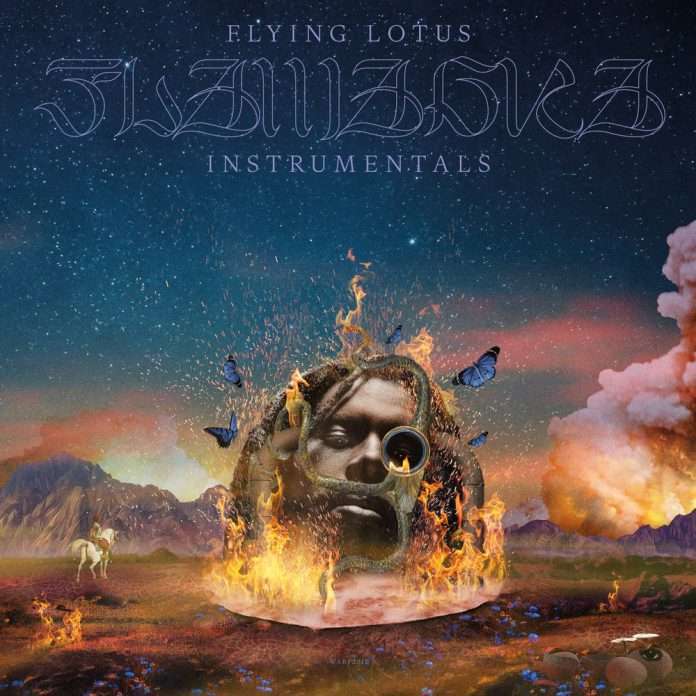 Flying Lotus’ 2019 LP Flamagra was a typically bold work from this singular artist. A sprawling epic that encompassed futuristic jazz, fusion-funk, cinematic hip-hop and much more, the album was further testament to FlyLo’s expansive vision for modern music.

Flamagra (Instrumentals) emerges to mark a year since the release of its parent record. As you’ve likely guessed from the title, this collection finds FlyLo stripping away the vocal spots from the likes of David Lynch, Denzel Curry and Shabazz Palaces that peppered Flamagra. Allowing Flying Lotus’ inimitable beats and well versed jazz heritage to take centre stage, alongside the dizzying array of talent from the featured players including Thundercat , Herbie Hancock and Miguel Atwood-Ferguson.

The instrumental arrangements also allow FlyLo’s dazzling compositional abilities to shine even brighter than they did in the vocal mixes. ‘Yellow Belly’ and ‘Black Balloons Reprise’ now both showcase a stronger link to the wonky beats that characterised FlyLo’s early records and also demonstrate how much more expansive his sonic palette has become down the years. Then there is the heightened soul of ‘Land Of Honey’, ‘The Climb’ and ‘Spontaneous’, whose lush harmonies are given even more space in which to sing. Flamagra acts perhaps even more like a suite, the musical rush uninterrupted and allowed to scale new heights.