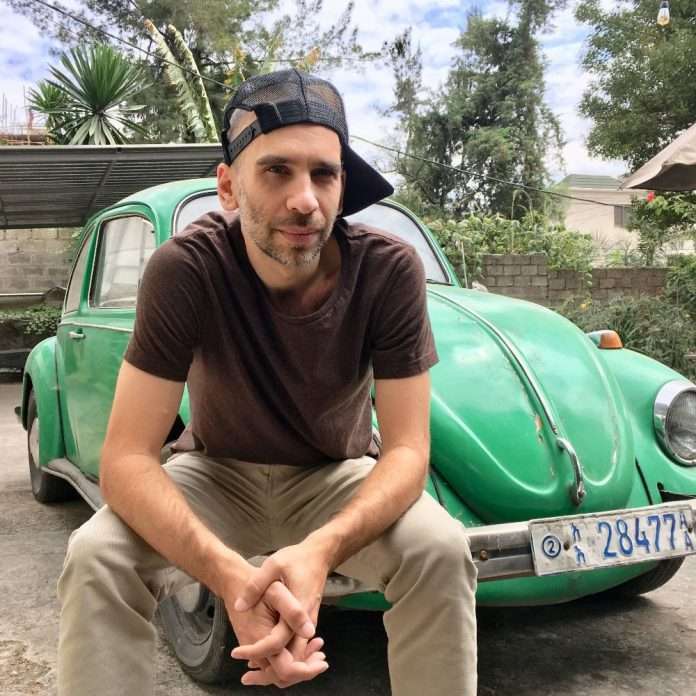 Montréal-based artist Poirier is back with the first single from his upcoming album, “Café Com Leite” with Brazilian singer (now based in Paris) Flavia Coelho. The new single is out now with Wonderwheel Recordings and available everywhere you can stream music.

The new single transports the listener to the shores of Brazil – to enjoy a “coffee with milk” – with a stunning vocal delivery from Coelho, gentle guitar licks, and a danceable rhythm.

Poirier reflects, “Flavia Coelho and I met in Paris for the first time at her studio just before a gig I had later that night. We chilled at her studio and listened to a few beats I had on a USB key. The connection was great right away. The beat that I had really in mind for her was also the one she liked the most. She did a vocal idea on the spot as soon as the beat played, riding the beat who had already the guitar lines on it (props to Daniel Leznoff who plays the guitar). There you go, we had a good idea for a song. It became “Café Com Leite” in it’s final form a few weeks later. It’s a love song about differences, the coffee mixed with milk being a metaphor. It’s been ages that I wanted to do a song like that, soft and charming. Some hints of bossa nova too, which is something I never did before. This song is exactly the vibe being reflected on my album “Soft Power” and that’s why it’s the first single.”

With his first album dating back to 2001, Poirier is a prolific, creative and eclectic Canadian producer / musician with a 20 year journey of creating music. Constant in his albums and DJ performances is a desire to build bridges between different languages, communities, and cultures. His open, uninhibited musical mind means that his works bend boundaries, resulting in compositions that mix several styles and eras. He now has produced a total of 11 albums and many EPs with labels such as Ninja Tune, Nice Up Records and, more recently, Wonderwheel Recordings. Active in Montreal, his successful monthly dance party Qualité de Luxe is dedicated to African and Caribbean music, attracting crowds for over six years. Poirier is also the man behind Bounce le Gros and Karnival, parties with legendary status in Montréal nightlife history.

As usual with Poirier, it’s hard to pin point all the genres and references on his new album. Soft
Power has an irresistible warm vibe that will make anyone move and dance. It’s warm, it’s acoustic, it’s electronic. Tracks “Café Com Leite” feat. Flavia Coelho and “Me Leva” feat. Flavia Nascimento transport the listener to Brazil while “Sim Bombei” and “Sowia”, both featuring Samito, while the Sounds of West Africa influence “Nidiaye Sam” feat. Daby Touré. Then it’s across the Atlantic to Montréal and Mexico with “Contigo” feat. Boogat, while “Pull Up Dat” feat. Red Fox is a Jamaican jam perfect for any dancehall party. “Nou Pare” feat. Coralie Hérard captures the heart of Haiti while “Do Kase” feat. Mélissa Laveaux fuses Canada and France with Haïti in the background. In his instrumental tracks, Poirier throws an afro house party at 4am with “The Junction”, travels back in time on an island in the Mediterranean Sea circa 1987 with “Forma”, and, finally, relaxes in the sun with “Coconut Beach.”