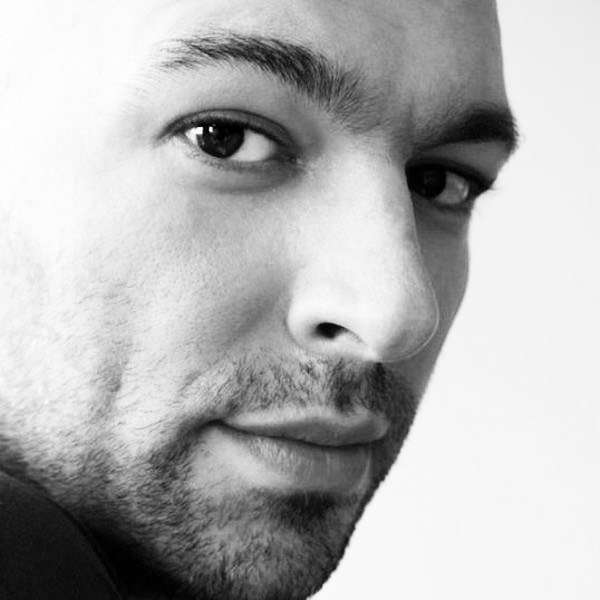 DJ’s, Producers and Artists from all over the world have used social media to express their condolences, respect and praise for the work of Pascal FEOS , who passed away at the age of 52, calling him “a true Techno Legend”.

Chris Liebing wrote on Facebook
RIP Pascal FEOS.
My thoughts are with all his friends and family.
Even though we haven’t been in touch much over the past ten years, Pascal was always present as a cornerstone in our techno scene. He helped form, what was later known as the “Sound of Frankfurt”. Our scene would not be where it is today, without his pioneering work.
I remember in 1993, going to „la Boum“ in Holzheim, a Diskothek, where Pascal was doing a techno night on Thursdays in in a tiny village near the villages where we all grew up around back then. One time I had the courage to go to the booth, as I really wanted to know the track he was playing, it was DJ Tom & Norman „tales of mystery“ on Overdrive Records. I never forget that, as it was one of the key moments of my life, where I realized what kind of music I wanted to play and create myself. This moment, when a DJ inspires you so profoundly.
But this was only part of his inspiration that he spread around. All his amazing releases, especially those with Resistance D caught my attention early on and drew me even deeper into techno. I am sure he was aware of it, but I am sad that I never really got to tell him in person once more. We always think there is so much more time.
Pascal, I hope you are at an amazing place now, but you left us way too early. We will miss your smile and your humble, always helpful, funny, warm and honest personality.
You are a true techno legend. Thanks for showing us the way.

Kittin
Pascal Feos… 💔
I can’t believe we lose another legendary contributor to our rave history too soon… I learnt DJing with your tracks, Resistance D live performances still remain one of my strongest raving experience… What a sad time for us all now… All my feelings to my German fellows and everyone who knew and loved this Gentle Man.

OXIA:
Sad to hear that Pascal FEOS has just left us 😢Besides being a great DJ /producer and a pioneer of German techno scene, he was also a really nice person.
We think to his family. R.I.P mate 🙏

Christian Smith:
Shocked to hear about Pascal FEOS’s untimely passing. We were starting to work together on a few projects for Tronic. Incredible talent, really nice and honest person, and I’m very sad he has left us. My deepest condolences to his family and loved ones. Gute Reise! #pascalfeos💔

Oliver Huntemann
R.I.P. Pascal FEOS 💔 Pascal was a true Techno pioneer and influential producer behind the legendary Resistance D, Sonic Infusion and Aural Float projects – to name just few. And even more important, a very cool guy who was always nice and open minded. We will miss you, Pasi!

Thomas Schumacher:
I still remember the feeling the first time I met my idol Pascal Feos. It was back in 1993 at a Rave in Hannover at the legendary Weltspiele location and to say that I was nervous to finally share the stage with him is an understatement. I was startled in the presence of this man. To be able to watch him from close while he was creating the most intense and powerful Techno music influenced my career in many ways. He was a pioneer of our sound and a true master of his art, both as a producer and DJ. Pascal shaped the highly influential “Sound Of Frankfurt” of the 90s like no one else with his incredible talent and continued to produce cutting edge tracks throughout his entire career.

I had the honour to get to know Pascal Dardoufas later on in life, a truly humble and kind soul. Techno and music in general connected our lives and whenever our paths crossed we bonded, which led to a release on his label Planet Vision in 2002 together with Toby Izui. It is a record I still consider it a highlight of my career. I have many vivid memories of us talking, laughing, raving – which I will cherish for the rest of my life.

I am very sad you have left us so early my dear friend,
Rest In Peace Pascal.

DJ T
Good bye, Pascal Feos! I’ve met you for the first time in 1991, shortly after your first release as Resistance D (together with Maik Maurice Diehl) when i interviewed you for GROOVE-Magazin. With your first releases you were shaping the face of the first wave of Trance music in the early 90s, when this genre was still authentic and innovative. Later, producing solo, your name was standing for a constant flow of timeless quality Techno. Around 2 months ago we had the first contact after at least 7-8 years, i called you and we agreed on the plan to re-release an old track of yours. Two weeks ago then, after longer radio silence, you sent that message out of the hospital that boded ill and now you are suddenly gone. You will be missed!

Mark EG
OMG IM ABSOLUTELY DEVASTATED. My friend (and I don’t say that lightly) Pascal Feos has died. Im totally distraught. The last time I saw him was on a tour in Canada or Brazil. We had the most amazing time together. What a lovely soul. I’m so so upset. This is too much for me. RIP my good man, you really were a brilliant person. I’m in absolute tears right now.

Adam Beyer:
RIP Pascal Feos. It was an honour to know you and i always respected your work a lot. Farewell mate and see you sooner or later. ❤️

RIP Pascal Feos. It was an honour to know you and i always respected your work a lot. Farewell mate and see you sooner or later. ❤️

Pig&Dan
Incredibly saddened to hear Pascal Feos has left us. The magic we shared back in the days when we were residents at Cocoon Club Frankfurt. A true inspiration to so many of us. R.I.P.
GUTTED

Incredibly saddened to hear Pascal Feos has left us. The magic we shared back in the days when we were residents at Cocoon Club Frankfurt. A true inspiration to so many of us. R.I.P.
GUTTED pic.twitter.com/lznTf5OHW2

Gabriel Le Mar:
The world has lost a real Techno pioneer. RIP Pascal FEOS. Gone too soon but will never be forgotten.
Thank you for your friendship, your support and your good soul. Thank you for the countless nights in your studio and for your music in their experimental deepness
RIP my Brother

The world has lost a real Techno pioneer. RIP Pascal FEOS. Gone too soon but will never be forgotten.
Thank you for your friendship, your support and your good soul. Thank you for the countless nights in your studio and for your music in their experimental deepness
RIP my Brother pic.twitter.com/Ln7TAPomhi