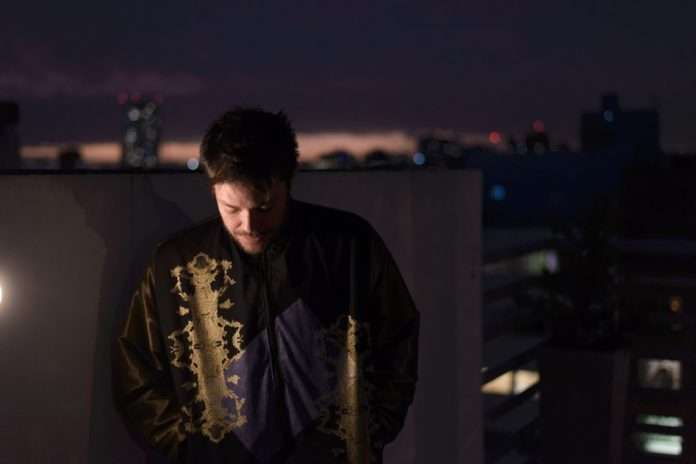 Angelic Humans (Fran Di Gianni Remix), from Angelic Humans EP by Hermetics, out 07 August on Soulutions Records.
HERMETICS a.k.a Santiago Niiño is an eclectic and conceptual electronic musician originally from Bogota, Colombia, based in Buenos Aires, with a discography in a wide range of genres. Hermetics had their first original release on the legendary electronic music label R&S Records, with the track “Collider”, then, in late 2018, Hermetics released their first 4-track EP on R&S called “Techgnosis”, which Get awesome comments from many great DJs, radios and magazines. In 2019 he released a remix for the Ecuadorian producer Nicola Cruz on the renowned Latin American label ZZK, which was a success. In 2020 he was in the top 10 of Beatport with the song “Escaping Samsara” released on R&S Records. Now Santiago is working on his future album, and on various remixes.

After remixing “1984“, he presents “Angelic Humans” for Soulutions Records.

Angelic Humans: a sci fi landscape, where there is a symbiosis between the technological and the strictly human. New Breaks, poly-rhythms, dubstyle touches and subtle energy-boosting synth atmospheres complete this unique musical theme.

Fran Di Gianni is a pioneering artist of electronic music from Buenos Aires, Argentina. Active since 1998 as a dj and composer, he has contributed various crucial foundations for the scene that position him as an integral part. Soulutions Records is his first record project with the aim of communicate his music and that of other invited artists, such as musicians, djs, visual artists and designers.

Premiere : False Intentions – Your Given Me (Deepwibe Underground)

Premiere : Dave Richards – Come With Me