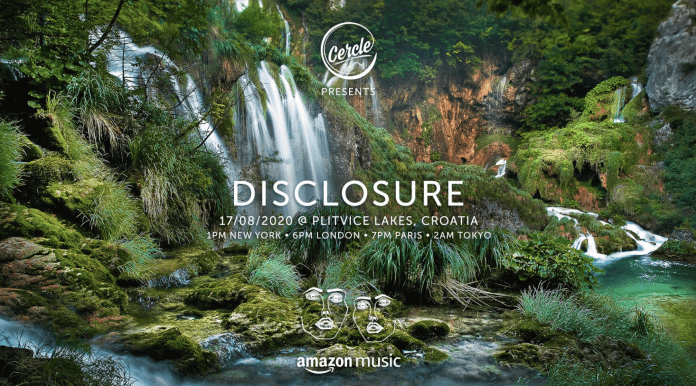 So far this year Disclosure have released three singles that went straight for the jugular in three very different ways – the carnival-infused ENERGY (HERE), the hip house aural assault of ‘My High’ featuring Aminé and slowthai and the current globally unifying and uplifting soundtrack to the sunshine, Douha (Mali Mali) (HERE) – all of which showcase the versatility and innovation harnessed by these two young, London based songwriters and producers.

With just two weeks to go until they release their much anticipated third album ENERGY (Aug 28th), Cercle have invited Disclosure to perform a live DJ set from the Plitvice lakes in Croatia this coming Monday (Aug 17th). Produced and broadcast by Cercle in partnership Amazon Music the live stream will see the brothers playing in the unique and magnificent setting of the National Park that displays the incredible beauty of the natural world as a backdrop.

The show will be aired via Cercle’s Facebook page and will be followed by a live Q&A after the set. Expect plenty of Disclosure sounds plus some exclusive first plays of previously unheard music.

SunceBeat Festival announces 17 Adriatic boat parties for the summer in...