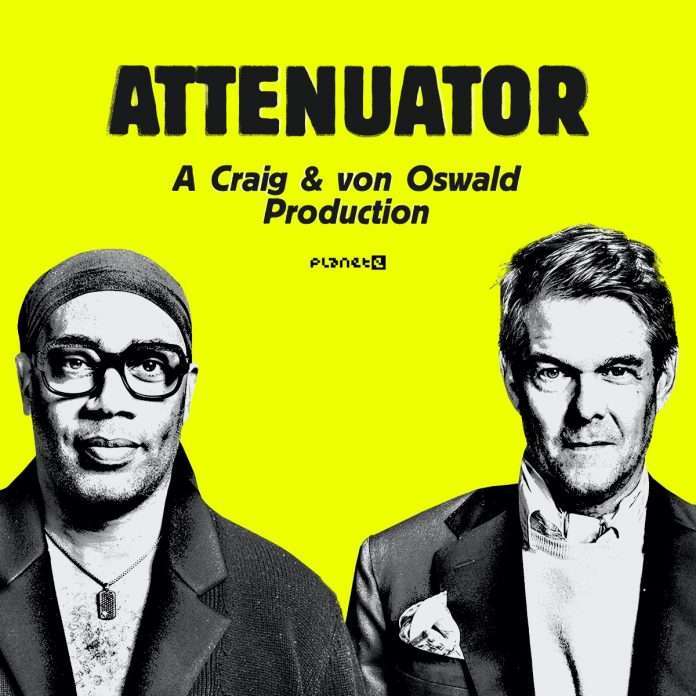 ‘Attenuator’ is the first production to emerge from a series of studio sessions in Berlin and Detroit over the past two years, with more material to come in the near future. Although originally produced in unison, this two-sided single sees both Craig and von Oswald deliver their own distinct take on the material, each fluidly expanding on their uniquely intertwined heritage.

For his take on ‘Attenuator’, Carl Craig leans further into the fluid blend of track-led techno and warm musicianship that remain central to his work, building stifling tension as a prelude to a fervent brew of warm pads and celestial sax. Headstrong and deep, Craig embraces his dancefloor nous without sacrificing a moment of beatitude

In response, Moritz von Oswald bathes the brass and the bliss of ‘Attenuator’ in the subtle textures he’s long been known for, unspooling layers of musicianship to roll forward a loose, fresh and equally fulfilling atmosphere, one that still maintains the arresting pulse established at the heart of the duo’s sophisticated, futurist philosophy.