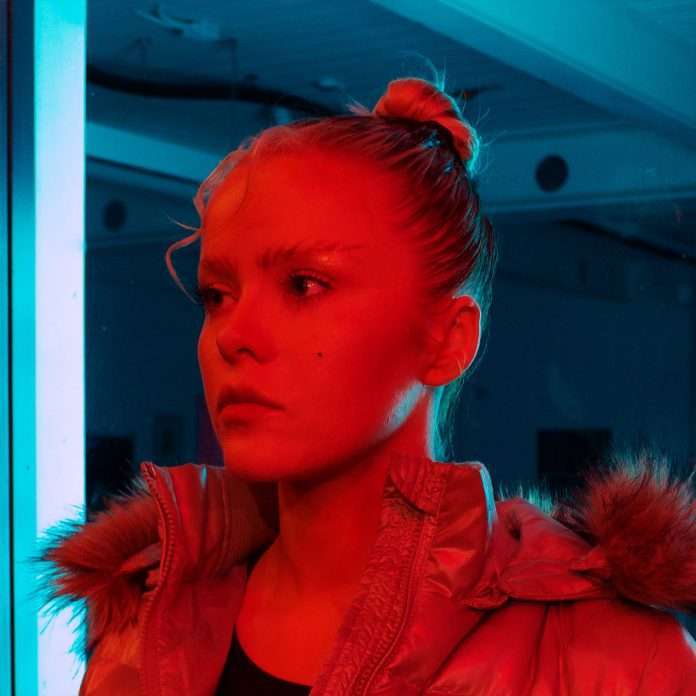 Today, the London-based producer, DJ and visual artist LCY [they/she] takes us further into their post-human AI universe with a new single ‘shhh’ and the announcement of their forthcoming 6-track EP Pulling Teeth out via SZNS7N on the 22nd April. The follow up single to the bassy, metallic and ethereal audio-visual offering ‘Garden of E10’ which introduced us to the main character of this sonic story (Ériu), ‘shhh’ is a richly textured and percussive track full of secret mechanical communications.

A concept almost two years in the making after creating their first sketch of the central character Ériu, LCY has taken inspiration from traditional Irish lore, fantasy soundtracks and the books of Mary Shelley to materialise their story. This dystopian world LCY has built around Pulling Teeth will also come accompanied by a clay model image series and a forthcoming live audio piece that will be revealed chapter by chapter over the coming weeks. A sonic reflection of this intriguing character, Pulling Teeth draws inspiration from and reflects not just LCY themself and the world around them, but also Celtic polytheism. Growing up participating in traditional Irish music and dance but with an estranged family of traditional Irish musicians, on Pulling Teeth LCY harnesses their desire to connect with something both familiar and alien in culture that holds both belonging and un-belonging in their consciousness. The fantastical nature of the story has allowed LCY to write their own story of Ériu’s creation, worship, abuse, trauma, consciousness and ultimate decay.

Speaking on the project, LCY says:

“‘Pulling Teeth’ is my first completely non-fiction project and experience with world building after envisioning and drawing what would be the main character nearly 2 years ago. The story follows a post-human, post-human friendly AI landscape where the robots are known as ‘the organism’ build a robot with a human brain (and accidentally a canine mouth) to in part worship and in a part experiment on.

The story expands throughout the project, and everything down to the tiniest of frequencies has been built with the intention of immersing the listener.

Through the process of creation, writing and drawing this story into a graphic novel it has become not only a reflection on the character Eriù but drawn inspiration from my own research of Celtic folklore and reflection of myself and the situations/ people around me. This is the first look at this world and it’s complex dynamics, I would like for people to take what they will of the music and build their own ideas of what it means.”

LCY continues to solidify their place as a key proponent of UK underground music and culture with their label SZNS7N. In just two years it’s released an impressive plethora of intoxicating and innovative releases spanning all corners of electronic, bass and club music from the likes of NARA, Yazzus, Lijah, Tailor Jae, Traces, MUHLA, Raheim and more and sold out the first label night pre-pandemic with plans to continue nights at the end of 2021.