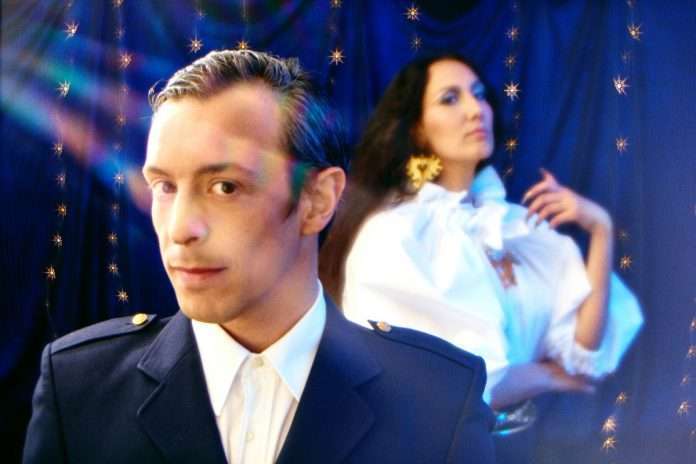 3 years after revamping his beloved Anoraak moniker, Marseilles-based DJ, producer, and musician Frédéric Rivière continues his ongoing affair with disco in new single, “Karma”. The single arrives with the announcement of his forthcoming EP, Karma, which sees him team up once again with French songstress Sarah Maison. A follow-up to his disco-fueled 4-track Gang EP, Karma is slated for release on June 18th via Anoraak’s imprint Endless Summer. “Karma” is out now.

A longtime lover and avid listener of disco and house, Rivière opted to set aside his usual synth tool kit to deliver a mélange of sultry, soulful house in his 2020 EP, ‘Gang’. After a two-year hiatus, Rivière returned to the release radar with a new, redefined sound. Gang came as a surprise to staunch Anoraak loyalists and fans, as it saw him swap his familiar synth tool kit for a fresh, new twist on modern disco. The EP also marked the beginning of a new creative partnership between him and French-Moroccan singer/songwriter Sarah Maison, who took him to uncharted territory with her use of French lyricism.

The collaboration proved to be a successful one, with over 1,000,000 collective streams across all platforms to date. Rivière’s groove-fueled instrumentalism and Maison’s chic vocals in the titular single landed them a sync placement in the popular TV show “Good Trouble”.

Following the release, Rivière and Maison decided it would only be right to continue creating dreamy, disco-infused magic together. “We had a lot of fun doing ‘Gang’,” Rivière states, “we wanted to offer a sort of sequel.” The rest unfolded naturally. “‘Karma’ was done just as easily. I composed some instrumentals, sent them to [Sarah] and gave her a carte blanche on the lyrics.”

“When we first collaborated on the track « Gang » back in 2020 we pushed one and another to explore uncharted territories in such an easy manner that we decided to go even further by creating this body of work. « Karma » is a result of pure candidness. In a world full of nonsense, we wanted to have a little fun.”