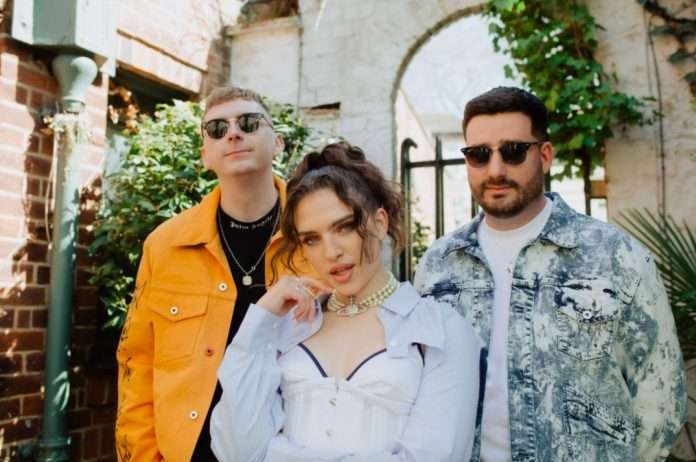 Combining infectious breakdowns, a deep, exuberant bassline and Mae’s pitch-perfect vocals, ‘When You’re Out’ taps into the crossover dance-pop sound that Billen Ted are quickly making their own.

In the midst of a career-defining year, Billen Ted recently topped the UK singles charts for two weeks with their iconic viral remix of global hit ‘Wellerman’ – scoring a Brit Award nomination for their efforts and have more than 10.8 million monthly listeners on Spotify.

Operating out of the legendary Ealing Studios in West London, the production-writing duo have made the unlikely transition from death metal bands to the world of dance music, previously writing tracks for the likes of 220 Kid, Hugel, MNEK, Sleepwalkrs and Melanie C before turning their attention to their own musical project.

Still just 23 years of age, Mae Muller has earned over 575k monthly Spotify listeners and has gained the support of Radio 1 tastemakers Scott Mills and Mollie King. In the short space of a few years, she has earned plaudits from British Vogue, GQ, The Guardian and Evening Standard, and sells out headline shows across Europe and supporting the likes of Little Mix and Liam Payne on arena tours in the UK. Her recent EP ‘No One Else, Not Even You’ last year received much critical acclaim and put Mae on a fast uphill trajectory with no signs of slowing down. Mae’s rescheduled headline tour with a show at the O2 Forum Kentish Town is set for April 28th 2022 and tickets are on sale now: https://www.maemuller.com/live/