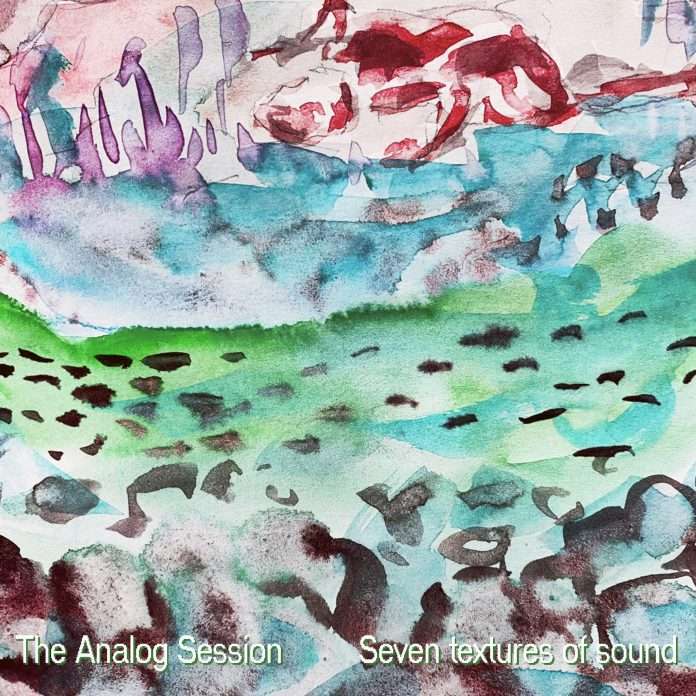 ‘Seven Textures of Sound’ by The Analog Session (a.k.a. Alexander Robotnick and Ludus Pinsky) is their fifth album and quite different from the previous three.
On the one hand, the duo seems to be back to the electronic minimalism of their first album, but on the other, they show more rigor in reducing the editing of tracks and avoiding the long time cuts of their previous works. In a nutshell they didn’t work on a structure. So the 7 tracks on the album are no doubt fairly long but totally enjoyable, very clearly expressing the two artists’ attitude to improvisation. 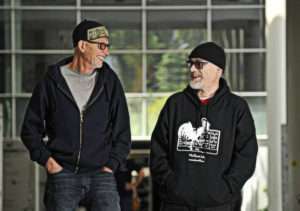 Their music can be defined as traditional analogue electronic, based on arpeggios, short sequences of notes, echoes, modulation on filters and melodic improvisation. Nothing new, therefore, but a deep musical sensitivity capable of exploiting the amazing modulation possibilities of their equipment – which is always played and never just programmed.

Most tracks are based on arpeggios, sometimes written, sometimes improvised, which in turn evolve into an ever-changing music background as the track proceeds. The two artists improvise melodies and bass lines upon it. The drum parts, that in some cases only make their appearance mid-track, are kept intentionally minimal as they are not meant to play any big role in the track but simply work as a kind of metronome in 4/4 that supports arpeggios and chord riffs, often in 5/4 and 6/8. It’s also noteworthy that each track is characterized by a different modal scale, often Phrygian or Dorian but also Mixolydian. The two instruments used to produce this album are an SH101 heavily modified by Ludus and a Poly 800 where hardly anything of the original synth is left but its body. The choice of working with two instruments only (a monophonic and a polyphonic one) allowed the duo to produce a compact and consistent sound that keeps flowing throughout the album recalling the main characteristic of their first work, ‘N5 from Outer Space’.