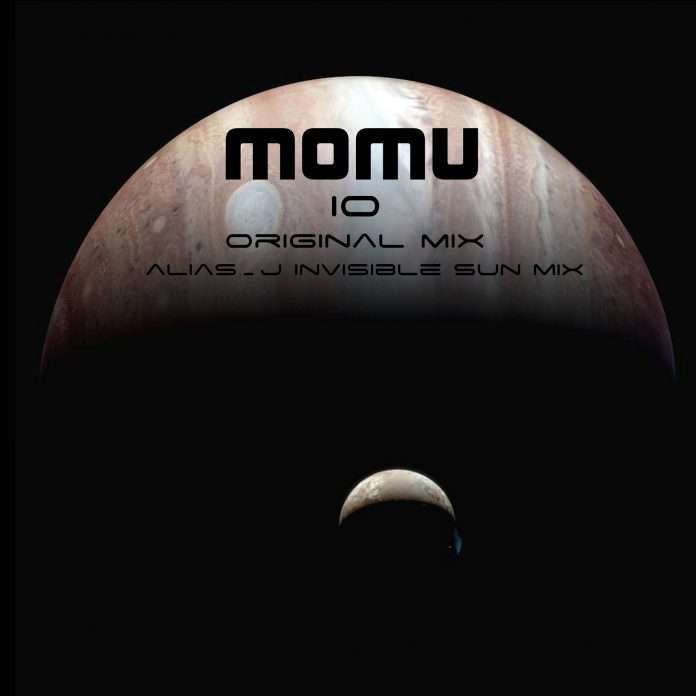 Opening the release, the dream-like state of ‘Io’ is an instantly rejuvenating reminder of Momu’s unwavering eclecticism. Uplifting piano lines offer a sonic embrace alongside the warmth of Progressive Breakbeat rhythms, forging a utopian soundscape that gently thrusts you into a danceable orbit above the stress and fast pace of everyday life.

In a contrasting turn, alias_j’s ‘Invisible Sun Mix’ toughens the many celestial elements of the original cut. A bold and striking reinterpretation of ‘Io’ sees his standout sonic persona in full force. It features a deft Melodic Techno narrative, constructed of driving percussive flair and compellingly ethereal harmonies.

Momu is J.D. Moyer (the MO) and Mark Musselman (the MU)

Championed from the start by the world’s top DJs such as Nick Warren and Sasha, Momu immediately made a name for themselves with ground-breaking breakbeat singles that helped create the “Progressive Breaks” genre.

An artist with a cultured past venturing into new territory under a refreshing new moniker, alias_j, Jon Ojeda has existed throughout key eras of electronic music that have contributed to a newly readied artistic package. A debut release on Pig&Dan’s ELEVATE imprint firmly announced his arrival onto the scene, achieving two individual genres top 5’s and an overall top 20 charting on Beatport.