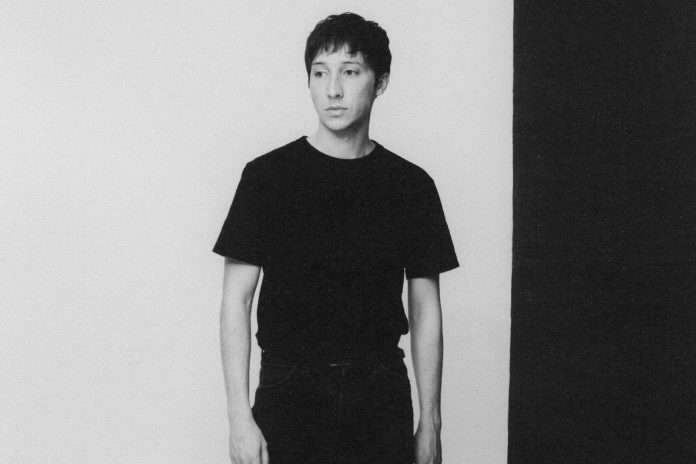 “Nova Cardinale is an album conceived as a world rather than a story. A place made of sounds in which one can find a path, get lost, or stay still and observe the surroundings. An album in which the tracks live on a grand scale, ranging from intimacy to emphasis. An album with perspective and vanishing points. It was an intimate and sensitive writing work, and also a real technical work of sound and production. Listening to the album, these two aspects seem to me indissociable today.” – Superpoze

The first sample of music from ‘Nova Cardinale’ arrives via the first single, “Parabel,” released on January 11, 2022. ‘Parabel’ is an entirely instrumental piece where Legeleux’s greatest musical passions come together: the romanticism of piano, the emotion of a movie soundtrack, the repetitive patterns and progressive structures of electronic music. “Parabel” is accompanied by a music video directed by Marc de Pierrefeu, who will be creating a series for the entire album.

The album is forty-four minutes and thirty-three seconds long separated into twelve tracks. After two solo albums – Opening in 2015, For We the Living in 2017 – and a long tour that ended in January 2018, Legeleux spent most of his time working with other people, whether it was making albums for other artists, helping them put on their shows, composing for film and theater. He didn’t come out of it unscathed. The desire to compose a new album under the moniker Superpoze – solitary and instrumental – faced the contrary currents that inhabited him at the time: the collective experience and music serving the texts. Throughout 2019, Legeleux wrote snippets of songs, recorded ideas, searched for textures and colors. Nothing helped: the melodies he wrote on his piano or synthesizers seemed incomplete. He couldn’t shake the feeling that “they’re missing words!” In the summer of 2020, he saw in the library of a house where he was spending a few days, an essay by the French philosopher Francis Wolff entitled “Pourquoi la musique?” (Why the music?). In the introduction of the book, there is this table that lists the links between music and speech, going from “pure speech” to “pure music.” On this scale, only the tenth box is assigned to purely instrumental music.

“I felt driven by this reading: pure instrumental music, which does not accompany anything, which is emancipated from any function, which is at the service of nothing but itself, is rare, precious and as such, it must be cared for,” Legeleux says. “A few weeks later, at the invitation of Stephan Eicher, Grauzone founding member, I went to Geneva to compose a piece for his ensemble of automaton instruments, for the occasion of an event he was curating – something I had already done in 2018 for the Artistes et Robots exhibition at the Grand Palais in Paris. I spent a week writing for these instruments: piano, organ, glockenspiel, drums, TB-303, Rhodes, xylophone, and vibraphone. I put together and arranged three melodies that I had in mind for a few months. After four days, it was there, it was beautiful, and it served no purpose other than to «be.» This piece laid the foundations of my album and became the triptych Air – Parabel – A Ballet of Life and Death which opens the record. When I returned from Geneva, I spent days sorting through everything I had written down and recorded since 2018. I launched into the creation of this album, ‘Nova Cardinale.’”

Legeleux continues, “The writing work was solitary. The recording and the production were a group work: first in my studio with Sylvain de Barbeyrac – sound engineer, faithful friend – to lay the foundations of the album: prepare the sessions, record the first synthesizers, sort out the sounds of the demos that I wanted to keep, etc. Then, we recorded the acoustic instruments at Studio Pigalle in Paris with the precious help of Jérémie Arcache – arranger, cellist – who had previously transcribed my demos into a score and made a five-star casting of musicians: Robin Pharo on viola da gamba, Mélanie Flahaut on medieval flutes, Maholy Saholiariliva on transverse flute and Jérémie Arcache himself on cello. Guillaume Ferran came to play the piano and guitar parts, and Yndi da Silva, Corentin Ollivier, Louise Legeleux, and Iris Bry joined us to sing the choir parts. Finally, I went to the Motorbass studio in Paris to record the drums, percussions, drum machines, and synthesizers, then to produce these sounds with the magnificent machines that inhabit this studio: amps, reverbs, filters, echoes, delays, etc. I spent a few weeks in Normandy to finalize the album and Sylvain de Barbeyrac mixed it in his studio in Paris in the spring of 2021. The album was mastered by Joe LaPorta at Sterling Sound in New York in June 2021.”