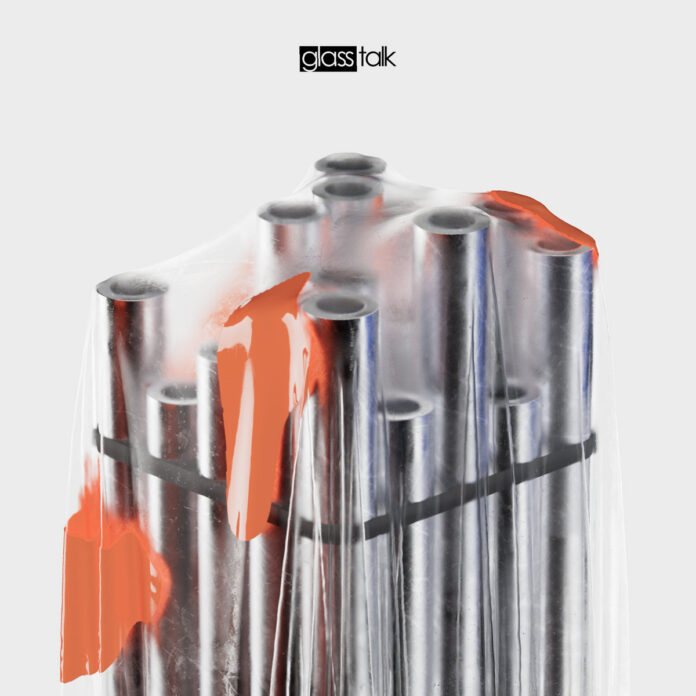 Returning after a 2 year hiatus, London label GlassTalk return with Spin Cycle EP, coming courtesy of emerging South London producer, Coe (aka George Whitehead). The follow up to his acclaimed debut release Radial on Dublin’s Woozy label last year, Coe now lands on GlassTalk with 3 brand new tracks, alongside a remix from 3024/Version affiliate Yak. Due for release 10th June 2022, title track ‘Spin Cycle’ drops today alongside the EP pre-order. Chopped snappy vox and snips of laughter sit over a volley of bouncy kick and sludgy bass tremors – this is futuristic, cheeky, tripped out electro, prime for a full club meltdown.
The full EP is a showcase of Coe’s affinity for mutant bass explorations, kinetic club sounds and intricate percussion, informed by his first love, Dubstep. ‘Super Natural’ creeps along at a slower roll with acidic menace, while ‘TORE’, a nasty techno dancehall lurker twitches near to a rinse-out peak, only to restrain itself with patient Half Time tension. Spin Cycle also features a remix from UK based artist Yak (DJ Mag’s ‘Breakthrough Producer’, 2019). His ‘Super Natural’ re-fix surprises those familiar with his previous work, opting for a full DnB breakage session with modern flair. It’s a glorious end to another killer release in Coe’s small but impressive canon of forward thinking club music.
Coe and Yak have a long history in music together, having both cut their teeth in the Sheffield scene where they were both studied along with Glasstalk label head Triple Point. This pairing then, a natural inevitability. A string of acclaimed releases from Yak including 2017’s Mido EP, put him firmly on the underground map. Supported by global heavyweights and tastemakers including the likes Ben UFO, Midland, Joy Orbison, Objekt, Call Super, Or:la, Laurel Halo, Yak’s sonic craftsmanship and ability to craft irresistible rhythms, set him out as one of the UK’s most exciting emerging producers right now.
Run by DJ/Producer Triple Point (Gavin Merry) UK label GlassTalk is hard to pigeonhole sonically but has its roots firmly in the ever-evolving UK club sound. Futuristic techno, dubstep nostalgia and body-moving bass weight, in it’s five years of operations, GlassTalk has embodied a genre-fluid spirit, with artists such as Wilhelm, Kevin Arnemann, Gramrcy & Gaunt and Henry Greenleaf each exploring different perspectives on modernist techno, with a soundsystem bite. The aim is a simple one – to present sincere, timeless electronic music that still sounds fresh in the decades that follow. Steely percussion, creeping subs and icy textures abound, but there’s a consistent tilt towards tracks laced with something spicy in the sound palette. As GlassTalk grows, they’re taking in all manner of styles and formats in and outside the club, bound together by a unique, forward-leaning aesthetic which makes total sense in the context of this hard-to-define label.