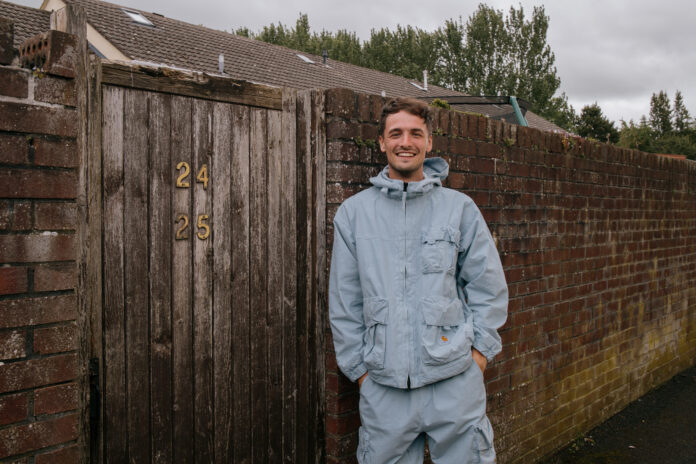 ‘I See You Baby (Ewan McVicar’s Spacehouse Mix)’ comes amidst the band’s 25th anniversary and follows remixes by Logic1000, Dance System, Ashley Beedle and Fred Everything

Due to its enduring popularity and inclusion in the 2004 ‘Best Of’ compilation, ‘I See You Baby’ once again climbed the UK singles chart (almost 5 years after its original release), peaking at #11, and becoming the band’s highest UK chart position at the time.

On this atmospheric update, Ewan McVicar injects that same big-room energy his name has become synonymous with in recent years. Taking the track in a darker direction, a driving bassline and infectious melody are deployed to full force, creating a sense of urgency that fizzes, while building towards the effervescent vocals of Gram’ma Funk.

On remixing ‘I See You Baby’ Ewan says:

The remix comes off the back of a momentous few years for the Ayrshire native. After a string of releases on the likes of Ninja Tune’s imprint Technicolour and Shall Not Fade, Ewan dropped the critically acclaimed single ‘Tell Me Something Good’, which picked up ‘Track of the Year’ at DJ Mag’s ‘Best of British Awards’, and was named ‘Electronic Track of the Year’ by BBC Radio 1. Since then he has played some of the world’s most respected dance floors and hit further career milestones with releases on Scots label Optimo and Diplo’s Higher Ground.

‘I See You Baby (Ewan McVicar’s Spacehouse Mix)’ is the latest remix in a series commissioned by the band to mark their milestone 25 years in music. Logic1000 was first up, delivering an emotive update of 2001 classic ‘My Friend’, followed by Dance System’s high octane rework of ‘Superstylin’, and most recently Fred Everything and Ashley Beedle teamed up for the ‘Talk Talk/We’re Free’ EP.