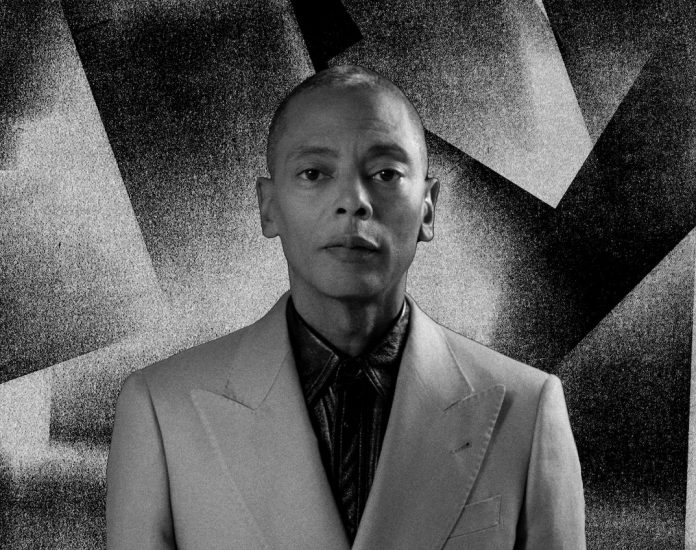 Metropolis Metropolis is an abbreviated version of the most recent Electronic Music soundtrack for Fritz Lang’s Metropolis (1927) by the Techno music producer and cultural icon Jeff Mills. Unlike his first soundtrack where tracks addressed specific segments of the film in a track listing form, which was created and released in 2001, this version is more a symbiotic mix of compositions that proposes a nuanced representation of the plot and storyline. As an electronic symphonic music creation, Mills proposes a few interesting points in the schematics of this album.

1 the positioning and role of the listener as the soundtrack is based on the environment of the scenes, rather than pure transcription,
2 as a storyline that takes place in the year 2000, the choice of sound elements refer to some future commonality and foresight between the genres of Classical and Electronic music – between man and machine.
And 3, in many parts of the soundtrack where sounds are played in unison. This is symbolic of the hopefulness the storyline works towards.

Jeff Mills about „Metropolis Metropolis“: Creating music for Fritz Lang’s masterpiece film “Metropolis” over the many year has been and continues to be a great experience. The film is a story about “man vs man” with the help of a machine. Its dramatic theme is as relevant now as it was when the filmed debuted in 1927. A film to be enjoyed, but also noted and examined.

Terry Matthew about „Metropolis“: Fritz Lang’s Metropolis takes place in an eponymously named city at some point in the future (the years 2000, 2026 and 3000 have all been referenced by various entities connected with the movie over the years). Society has become intensely stratified, the elites of the city living decadent lives at the top of gigantic art deco skyscrapers. The workers, on the other hand, trudge robotically from factories to their homes in an underground city. Health, fresh air and seemingly even happiness are the privilege of a well-born elite.
The film opens as Freder, a son of the ruler of Metropolis, is about to have his way with a hand-selected courtesan in the “Eternal Garden” where the rich frolic. A second woman, Maria, breaches this rarified space with a handful of ragged children under her watch from the worker’s underground city. Their sunken eyes widen as she gestures at the glamorous people in lush surroundings.
“Look,” she says to the children, “these are your brothers.”
These are the words that ignite the plot of the film and propels the world of Metropolis to destruction and redemption.
Multiple books have been written about what inspired Lang and Metropolis, the references to visual art, paintings and the tribal masks that inspired the face of the Maschinenmensch, the film’s iconic android. But why does Metropolis continue to inspire us? What is it about this silent film, its message and its themes, that has moved some of our most celebrated musicians to set it to music? And why are so many electronic music composers in particular fascinated by a film about the future that’s more than 100 years old?

Metropolis is — superficially — a movie about people vs. machines. But the machines of Metropolis are not evil. Unlike the vast majority of dystopian films produced in its wake (and many of those directly influenced by it), the machines of Metropolis are just tools. There’s no surveillance tech to be found in the film, no torture devices, no malignant computers murdering people with cold calculating logic. People, however, are doing those things to each other. It’s people that are pushing other people into the machines’ jaws of death.The Maschinenmensch is a terrorist but only because it is in the hands of terrorists; it’s only doing what it’s told. It calls on the workers to riot and plunge their world into chaos not by attacking the ruling class of Metropolis but by demanding “Death to the machines.”

Metropolis isn’t a story of technology escaping from the control of men. It’s about technology very firmly in the control of men — heartless men severed from all morality.
This is the meaning behind the film’s epigram — that the mediator between the head and the hands must be the heart — and one of the reasons the film’s message has continued to endure. It’s never been about overthrowing the robots or waging war against machines. It’s about the people controlling them, how we lose our sense of solidarity in an industrialised society and how we can get it back again.

01. The Masters Of Work And Play
02. Metropolis Metropolis
03. Maria And The Impossible Dream
04. Transformation, The Aftershock And Evil
05. Yoshigawa And The Players Of Chance
06. Liasons And Complicated Affairs

When is Jeff Mills new soundtrack for Metropolis released?

‘Metropolis Metropolis ’ will be released on March 3rd, 2023.

What formats Jeff Mills  ‘Metropolis Metropolis’ soundtrack be available on?

‘Metropolis Metropolis’ will be available on CD, digital platforms, and triple vinyl.