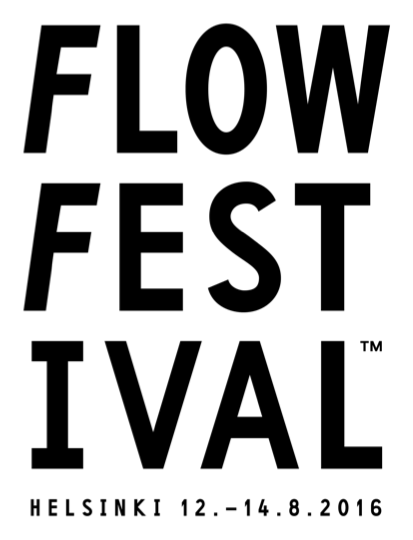 More artists have been confirmed for Flow Festival Helsinki, and leading the announcement is no other than the hypnotic British singer FKA Twigs, who rose to popularity in 2012 on the strength of her blinding debut EP1 and its hit track Breathe. Known for her excellent choreography as well as musicality, FKA Twigs explores the nuances of pop aesthetics in a way that holds both critics and audiences spellbound.

Also announced to play Flow Festival Helsinki is the young electronic producer Mura Masa, who is currently re-defining the electro-landscape with cutting-edge mixtapes and singer-songwriter Laura Mvula is set to bring her adventurous jazz-tinged pop music to the Finnish city. Canadian singer-songwriter Spencer’s Moonface project will be appearing with Siinai, the Finnish band specialising in anthemic instrumental rock fresh from the release of their second collaborative album coming 3rd June.

Ricky-Tick Big Band & Julkinen Sana, the genre-busting, 20-piece rhythm machine brings its unique mix of jazz and hip-hop to Flow Festival, putting on a show featuring circus troupe Agit-Cirk. The electronic music explosion in the Voimala venue becomes super-stellar with the addition of four new Finnish names added to the star-studded line up. The first of which, is Mirage Man who spices up house and techno influenced sets with far-flung genres; TWWTH, a project by Matti Pentikäinen of Ceebrolistics infuses dark electronic soundscapes with swirls of trap; Samuli Kemppi is easily one of the most important techno producers in the history of the Helsinki scene. And finally, Ripatti, whose one-time, one-of-a-kind gig is set to challenge the assembled multitude.

Tickets for Flow Festival have been selling at a record pace. Three-day tickets are 175€ until the end of June. From July 1, the price is 182€ if tickets are still available.
http://www.flowfestival.com/en/tickets/