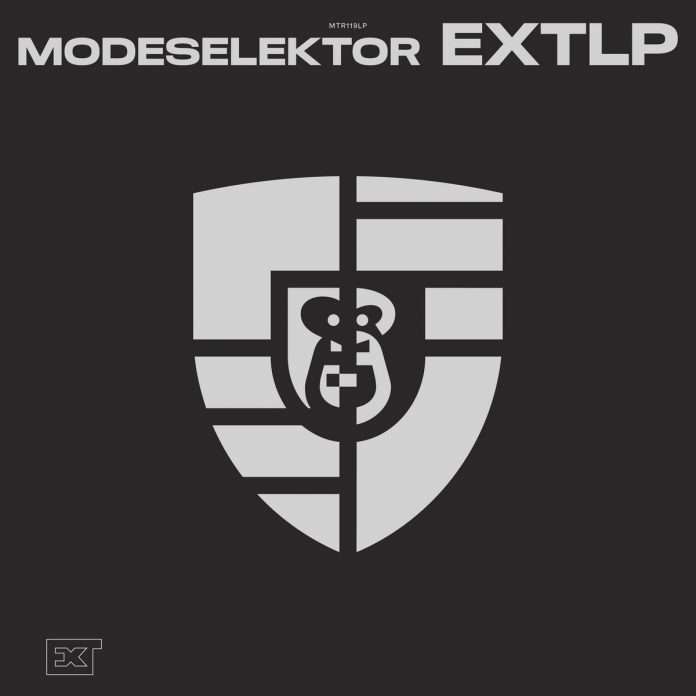 Back in April, Modeselektor released Extended, a mixtape consisting entirely of their own brand-new material. And how was it received? “We got asked quite a lot if full-length versions of the tracks existed,” says the Berlin duo. As it turns out, full-length versions did exist, and most of them were actually completed before the Extended mixtape. Gernot Bronsert and Sebastian Szary had planned to release a “normal” version of the album all along.

EXTLP is very much rooted in bombastic rave sounds, but there’s much more to this romp than barreling techno and neck-snapping breakbeats. Across its 15 tracks, Modeselektor tear through mutant crunk distortions, glitchy dub meditations, neon synth-pop and more, occasionally taking time to salute one of their favorite festivals (with Bangface) or pay tribute to lost friends (with Ohm, a tribute to Andrew Weatherall). Throughout it all, Bronsert and Szary remain at the helm, but they rarely act alone, as EXTLP also features a star-studded slate of guests from around the globe, including veteran dub vocalist Paul St. Hilaire, sharp-tongued UK rapper Flohio, avant-pop rulebreaker Catnapp and legendary Einstürzende Neubauten frontman Blixa Bargeld.

Arriving on the heels of Extended mixtape — and the three EPs that immediately followed it — EXTLP is the final piece of what might be the most prolific period of Modeselektor’s entire career.