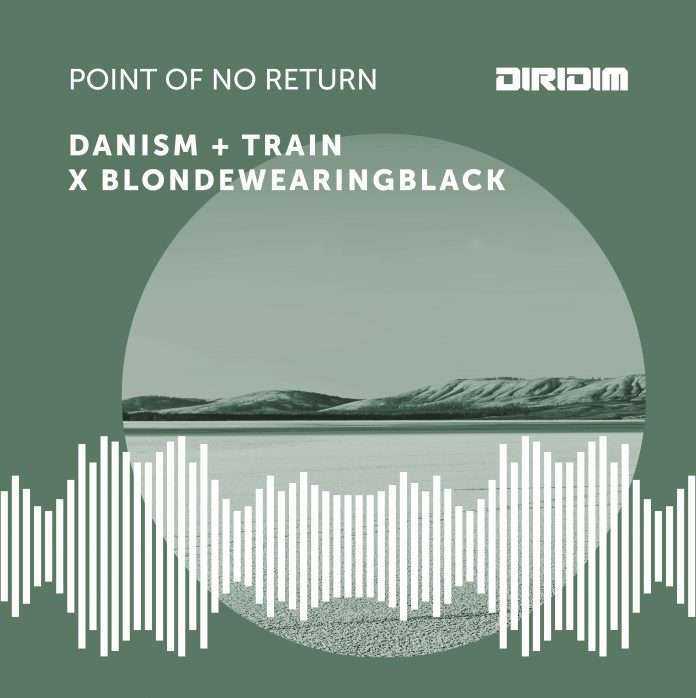 David Morales’s recently launched DIRIDIM label continues to impress with its fifth release, this time from the hot pairing of Danism + Train x Blondewearingblack, with remixes from David as well as Ralphi Rosario.

Dan Liquid and Dan Nu:Ton—aka Danism—and Train are esteemed producers who have hit the headlines with releases on Noir and Nervous. They started off as a collaboration but have now turned into a permanent studio partnership. Blondewearingblack, meanwhile, is a London born singer based in Ibiza who also has credits on Defected and Get Physical, and has already worked with Danism + Train on releases such as ‘Let’s Go’ and ‘Hatch’ on the mighty Strictly Rhythm. This excellent new collaborative track is already getting plays from the likes of Laurent Garnier, Tony Humphries, Mood II Swing and more.

First up is the terrific Tribal Mix of ‘Point of No Return’ which is seven steamy minutes of authentic house music. Brooding drums and broad bass strokes set the mood but Blondewearingblack’s vocals take centre stage. Rousing and subtly uplifting, they bring real soul and emotion to the track and ensure it’s going to be huge this summer. Great instrumental and acapella versions are also included for DJ use.

Label boss and pioneering house hero David Morales then steps up to work his magic on the track. His World Mix is an essential version which adds bounce to the drums and makes the vocals sound more alluring and steamy. It’s a low slung track that will sweep up whoever hears it. Following his instrumental, fellow house music legend Ralphi Rosario steps up with a remix. His version is tense and involving, with plenty of smart effects applied to the vocal and his trademark drums and percussion really working the track into a lather.

This is a brilliant record to get dancefloors ready for the summer ahead and will be followed by further singles with Blondewearingblack and Rae later in the year.