Zagarmusic mark the end of a chapter and real milestone in their history by asking a selection of key artists to remix tracks from their vital back catalogue. Terry Lee Brown Jr, Vakula, Clandestino and more all appear to make this an essential remix album.

Žagar is one of the most significant bands in Eastern Europe.
Mixing up jazz, psychedelic rock and electronic music the group is famous for its improvisations and have received support from the likes of BBC6 Music’s Don Letts, won Best Local Act at the MTV European Music Awards amongst other things and have also warmed up for Depeche Mode. The Anniversary remix release comes ahead of a new album later this year which will show a different side to the band, one that is much more psychedelic and otherworldly.

First up to remix is Kellerkind, who has become an irreplaceable figure in the Swiss electronic music scene. Topping Beatport charts on labels like Stil vor Talent, he flips Žagar’s biggest hit ‘Wings of Love’ into a psyched-out and twisted cut with frazzled synths that get you on your toes. Hive Audio’s Soame then goes for something more spaced out and dreamy on his brilliant remix of ‘Three Seasons Fall’ and esteemed German tech house titan Nico Pusch turns ‘Odd Moments of Eternity’ into a smooth and deep roller that gets your spine tingling.

Dan Caster has established himself over 15 years with key EPs on labels like Stil vor Talent and his version of ’Light Is Everything’ is a tender vocal delight with hypnotic and wavy drums and pensive chords. Next is an upcoming act Changing Grey aka Balázs Zságer (keyboardist -producer of Žagar) (keyboardist-producer of Zagar) and Andreás Genser from Add2Basket, and they rework ‘Parachute To Eternity’ into a dark cut with haunting bass ringing out into the night. The legendary and influential Plastic City house artist Terry Lee Brown JR then offers a change in pace with his slick tech remix of ‘Prophet is a Fool’ and Steve Mill sinks us into a fat dub house tune with heavy kicks and gorgeous muted organ stabs.

This is a diverse package of remixes that all offer something different and breath plenty of great new life into the still essential original material. 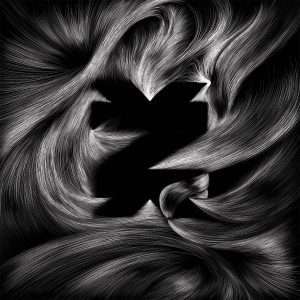 Track of the Day : beGun – Kuria