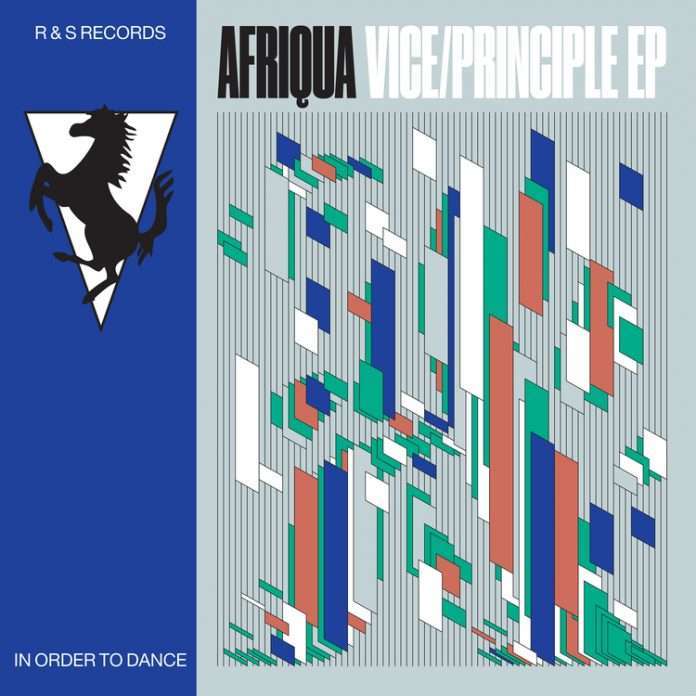 Recorded in the summer of 2017, Vice/Principle began as one of Afriqua’s seasonal music packs, a quarterly offering of original tracks shared privately with a small cohort of friends and collaborators. R&S quickly picked up the collection, which expands on the melodicism and textural depth explored on his previous release for the label, Aleph.

The extended EP sees Parker veering into psychedelic territory, inspired by the cosmic departures of ‘70s krautrock and jazz. The title, Vice/Principle, more a coy bit of humor than a philosophical statement, reflects a wittiness that Parker often embeds into even the brawniest of his productions. This offbeatness is active in the music as well, which makes use of his voice, and edges past familiar four-on-the-floor patterns with interwoven polyrhythms and modality. Vice/Principle is confident in its curiosity, harnessing a wealth of artistic threads into a tightly knit, futuristic vision.