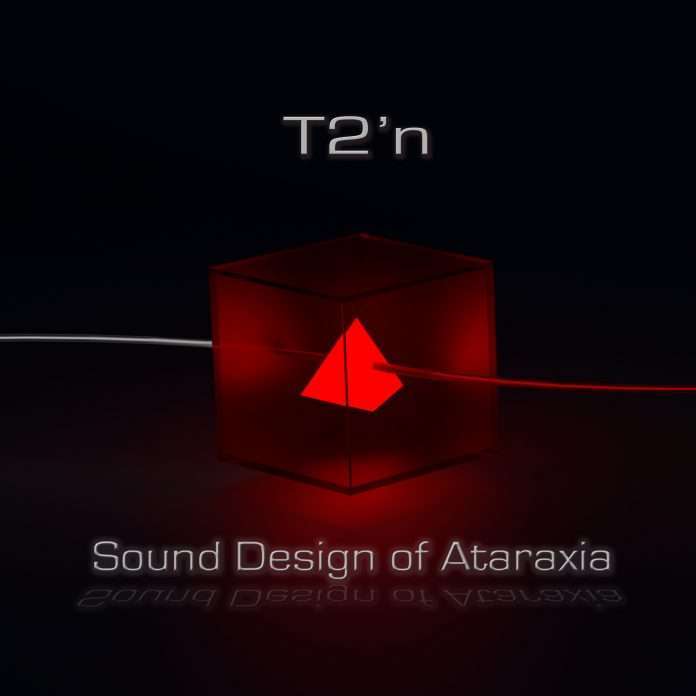 T2’n is an electronic music project by French musician and producer Thierry Frossard (aka Marty Bobgarner and Charly’n Black).
The album „Sound Design Of Ataraxia“ is the third longplayer album by T2’n, released on the label Lemongrassmusic.
At the same time this album is a part of an album triptych named „Sound Design Of Ataraxia“. The first side of this triangle was released under Frossard’s pseudonym „Charly’n Black“ in 2015.
The third part of the trilogy is scheduled for late 2018 and will be released under the project „Marty Bobgarner“.

Some thoughts of the artist:
The shaman will accompany you inside your body and you will live what you dread the most in the world. No need to defend yourself, you must pass the test by focusing on the present. Your demons will be there as your guardian angels. Your fears are the fruit of your imagination, your intuition is the key to being in harmony with what surrounds you. Place in the 6th sense.

The album comes with a bonus track, performed by whales. The sound tells a ballad at sea. Immersion in the presence of whales gives the dizzy weightlessness. The vibration of the waves emitted by these mammals offers communication with yourself. The real world, the pure moment…