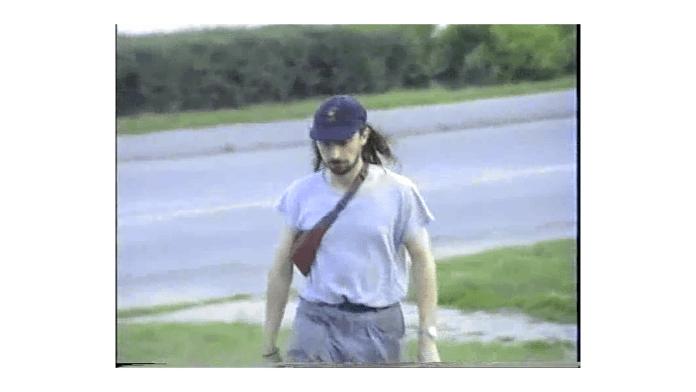 In 1990, when Felix (aka Ross From Friends) was just a twinkle in his father’s eye, his dad – having built up a sound system in the 1980s while playing at various squat parties around London (including the then derelict Roundhouse) – decided that he wanted to get out of the capital and see some of Europe. He got his hands on a bus and started putting word out through a network of like-minded friends and acquaintances. At the time just a friend of a friend, the trip caught the attention of Felix’s (future) mum, who offered to document the whole thing in return for a seat, and in 1990 they loaded up the sound system and hit the road. They travelled through France, Belgium, West and East Germany (though returning through a unified one) and beyond, setting up in towns to share their passion for the sounds of hi-NRG dance, Italo disco and proto-Techno through spontaneous parties in whatever venue they could find.

Ross From Friends will release his debut album “Family Portrait” next Friday 27 July via Brainfeeder.