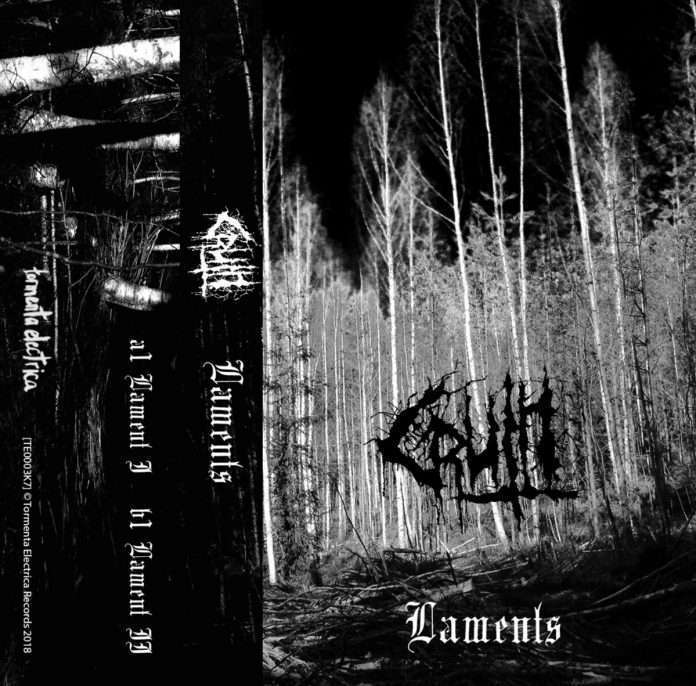 Following his debut vinyl E​P ​Futile Demise, released on ​Tormenta Electrica in April, comes ​Gruth​’s first limited edition cassette release. An exploration into ritual ambient using neoclassical techniques and ideas taken from modern minimalist classical music, ​Laments presents a new dimension to Juha Puuperä’s Gruth project. A majestic prologue, ‘Lament I’ opens with a sinister yet beautiful orchestral soundscape before finding its own chord, which repeats as a coda. The piece is composed entirely of violin recordings by Gruth’s regular partner-in-crime ​KuJo​, the mysterious sound designer and violinist from the woods of Helsinki.

‘Lament II’ blends the vibrations of an Orthodox church choir with found-sound recordings from a beach in Guarujá, Brazil. Both the pieces are reminiscent of the contemplative minimalist music of composers the likes of John Tavener, Arvo Pärt or Henryk Górecki. Delivered in a neoclassical fashion, the repeated passages gradually metamorphose into a deviated embodiment. This tape forms a part of Gruth’s nightmare concert concept; an organised event where the audience is invited to sleep for the duration of the night as a careful selection of music is played for the entire duration of the journey

Stevie R return to Chapter 24 Records with his Melt album/Hear...