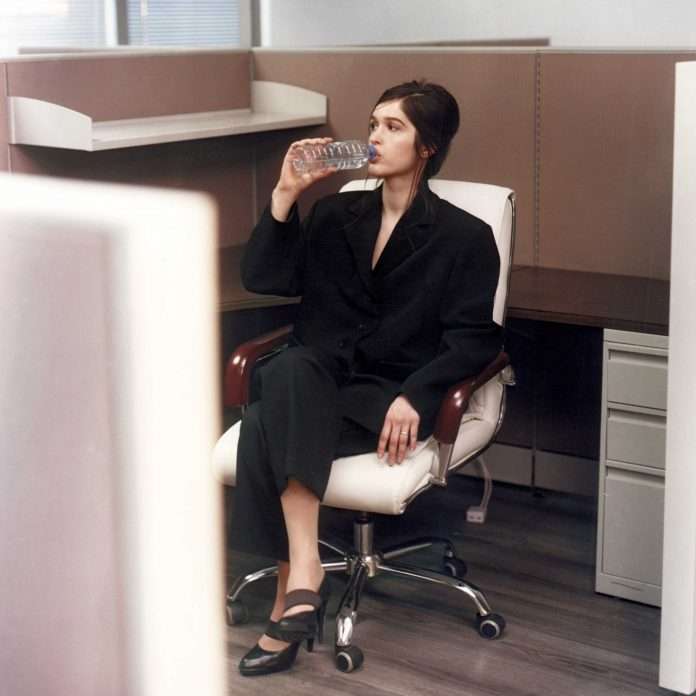 Following on from recent singles ‘Work It’, and ‘So Right’ – which was released alongside a remix from John Talabot – Marie Davidson announces a new remix from her friend and contemporary Nina Kraviz. ‘Workaholic Paranoid Bitch (Nina Kraviz Workaholic Remix)’ is an ode to the work both producers put into their craft and their relentless touring schedules – Marie begins her headline solo tour next week, including a show at London’s Electrowerkz on the 4th October, and Nina kicks off her US tour with a show alongside Helena Hauff this coming Friday in San Francisco. Taking on forthcoming album track ‘Workaholic Paranoid Bitch’, Nina layers her own distorted vocals over a propulsive rework of what is already one of the album’s most energetic moments.

“Working Class Woman” – set for release on 5th October on Ninja Tune – is the Montreal-based producer’s fourth and most self-reflective record: it’s a document of her state of mind, of operating within the spheres of dance music and club culture. Drawing on those experiences, as well as an array of writers, thinkers and filmmakers who’ve influenced her. She takes the same building blocks as before but knocks them together into something bolder. Crafting a more timeless sound than she’s done previously, it’s the logical next step for a career built on a far-reaching worldview.