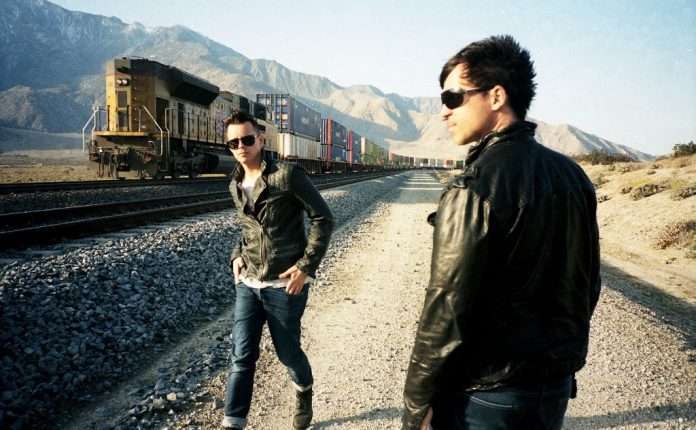 All Hail The Silence share a brand new video for their single “Diamonds In The Snow” . The track is the first single from their newly announced album, ‡ (Daggers), which is due out on January 18th, 2019. The video was directed by Ukranian director Histibe and you can watch it now
Exclusive interview with the band on Billboard.

With as much of hat tip to the past as the future, ALL HAIL THE SILENCE deliver a swan song of triumphant, unapologetic, next gen electronic music album that captures the essence and angst of 80’s teenage coming of age. Without a computer in sight, this record was recorded in a basement in Baltimore, Maryland at an analog enthusiasts palace of modular synthesizers. This is not a record of plugins and tape approximations. No computers were used in the recording of this album. It was crafted using step sequencers and modular/analog synthesizers; straight to tape. The result of their collaboration is a heavy rotation album awash in analog swagger.

Together as ALL HAIL THE SILENCE GRAMMY®-nominated composer BT and triple-platinum British singer/songwriter, Christian Burns have forged a stellar debut album that resonates with shimmering 80‘s authenticity.

Awash in soaring vintage electronics, massive pop hooks and glittering analog warmth, this seasoned, timeless synth-outfit blurs stylistic and musical boundaries like their heroes Depeche Mode, Yaz, Human League and New Order did in the 80s. BT and Burns have quite literally crafted an album that sounds like it fell straight out of 1983.

BT wildly heralded as an electronic music pioneer and is frequently described in terms such as “All that electronic music can be: expansive, beautiful, enveloping and oh yes, human,” (Billboard Magazine), provides the intricate, meticulously crafted analog synthwave symphonies. Christian Burns, one of the most in-demand voices in dance music, offers his seasoned vocals reminiscent of the Killers and Blue Nile in the same breath. Burns has number one hits with Tiësto and Armin Van Buuren and is a member of the beloved multi-platinum band BBMAK.
‡ (Daggers) – TRACKLISTING
01. Stand Together
02. Temptation
03. Talk
04. The Alarm
05. Diamonds in the snow
06. Looking Glass
07. Massacre
08. English Town
09. Broken Satellite
10. Black And White
11. Video
12. City Lovers
13. Safety In Numbers
14. Time 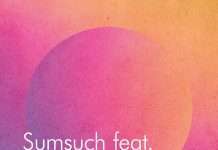 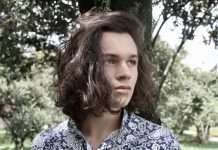 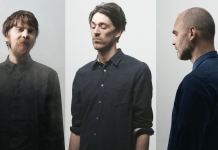