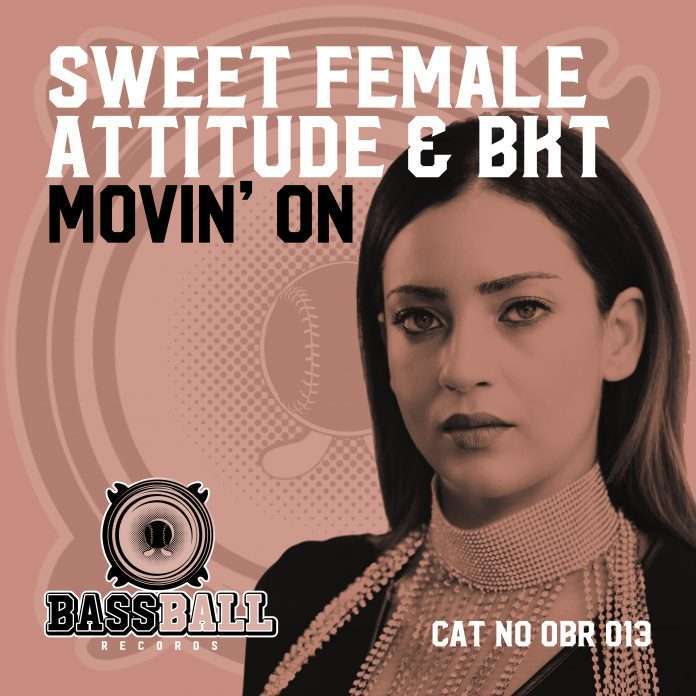 ‘Movin’ On’ is the fruit of a brand new collaboration between UK soulful cats Sweet Female Attitude and BKT (Brian ‘Keys’ Tharme), who together have whipped up a dynamite slice of Garage House for Brian’s Bassball Records imprint. Charged with a plump bumping bassline and silky pads, ‘Movin’ On’ comes with some seriously impressive key slaying from BKT and powdered with SFA’s compelling, heartfelt vocal, primed to seduce the dance floor!

“We are so pleased to have collaborated on ‘ Movin On’ – it’s a real vibe for everyone who loves the House/Garage genre and we’re excited to see what the public thinks of the song.” – Sweet Female Attitude
https://soundcloud.com/dubiks/premiere-sweet-female-attitude-bkt-movin-on-bkt-classic-summer-vocal-mix/s-uNoRF
‘Movin’ On’ will be released on 29th October on Traxsource promo / full release 12th November 2018 on Baseball Records.

Sweet Female Attitude aka Leanne Brown is a singer, songwriter, musician and lecturer from Manchester UK. With a career spanning twenty five years starting as a member of a steel band orchestra, Leanne has an eclectic mix of tracks under her belt which has seen her perform alongside a diverse range of artists worldwide. Gaining chart success with the iconic Sweet Female Attitude track ‘Flowers’ at the age of twenty, Leanne has gone on to build a vast catalogue of tracks in various guises. Alongside her busy teaching schedule with BIMM, Leanne continues to perform globally with her Sweet Female Attitude live shows which she works alongside guest appearances with a number of bands and occasional TV appearances.

Brian ‘Keys’ Tharme comes from a musician background where in the mid-80′s, he was keyboardist of the Brit Funk band called “Private Funk-Shun” which featured a fledgling Angie Brown as a backing vocalist, then in 1987, he formed the “Tony Bartelli Jazz Quartet” playing piano and pursuing his love of all things Jazz – later known as “Jaszamba”. In the early ’90s Brian started work on Dance music and met Gavin “DJ Face” Mills, who together formed the legendary Catch Productions record label and studio, collaborating with pioneers in the UK Garage scene releasing hits such as “Just Gets Better” by TJR and “Bad Boys Move in Silence” by Baffled Republic. Over the years Brian has collaborated with and performed keys for the likes of Tuff Jam, Richie Malone, Booker T, Phil Drummond, Dave Lee (Joey Negro), Bobby & Steve and DJ Wally Walton as Soulfunktion. He is currently following a solo career in production, online session keyboards and recently launched his new imprint Bassball Records.