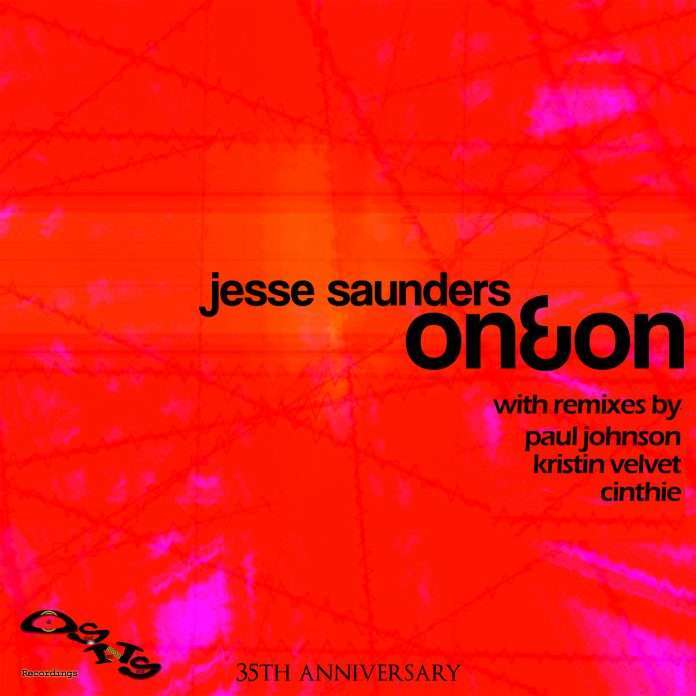 Jesse Saunders’ ‘On & On’ can’t simply lay claim to being the first house record of all time — it can also lay claim to being one of the most iconic. First released in January 1984 via Jesse’s Jess Say Records, the release was the culmination of a few different things all lining up together to originate a sound that has had a profound effect on millions around the world.

For the label’s 35th anniversary, the original has been remastered and reissued via OSNS, a newly-formed label with one simple statement: to celebrate the work of electronic music’s most influential records and individuals while also infusing them with a contemporary touch. On the A side, we have the classic sounds of the original, a track that needs no introduction to lovers of house and techno. Added to this, we also have Paul Johnson’s ‘Don’t Stop Jackin’ remix. The Dance Mania affiliate and industry veteran brings the heat here as only he knows how — via a rework that’s absolutely sure to go down a treat on the dancefloor.

The B side kicks off via Kristin Velvet’s subtle reworking. Born in Australia but now firmly based in Berlin, Velvet is best known for her work alongside Daniel Steinberg and Nils Ohrmann at the much-loved Arms & Legs label. Her interpretation is full of clever percussion and captures the essence of the original quite wonderfully while dragging it kicking and screaming toward modern dancefloors.

Seeing us out the gate is Beste Modus boss Cinthie, who delivers with aplomb courtesy of an astounding, vibe-heavy and baseline-fueled remix. Using the vocals to great effect and injecting the original with some incessant, prickly drums, Cinthie’s remix is full to the brim with the sort of attitude for which her sounds are quickly becoming known for. An all-round thrilling package full of heavyweight vibes, the 35th anniversary remix package is one that’s sure to appeal to discerning heads especially.