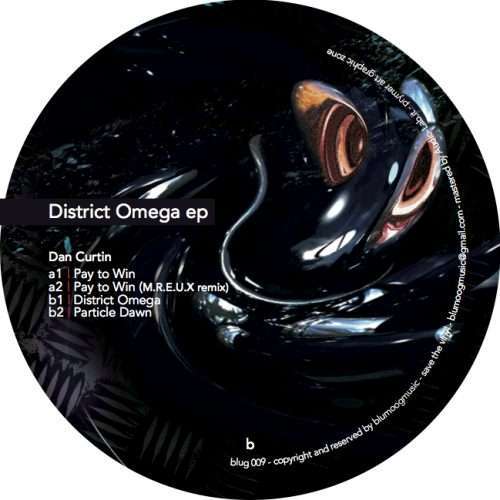 Dan Curtin -District Omega EP
2019 will kick off in style at Blumoog music as the pioneering Dan Curtin steps up with three new cuts and a remix from label head M.R.E.U.X.

With over 70 singles and nine LPs to his name, American artist Dan Curtin has truly helped shape underground house and techno. Since 1992, he’s released on vital outlets like Peacefrog, Mobilee and Strictly Rhythm, and has a futuristic style that finds serene synths layered over driving drums. Here once again he really tweaks the machines in his arsenal to cook up three essential weapons.

The striking opener ‘Pay to Win’ is an intricate, driving and bass heavy techno floater with a refreshing feel to it and a couple of suspenseful breaks. They build the mood before the expert drum programming kicks again, taking the floor to a new level. Label head M.R.E.U.X then does a superb job remixing it, he flips it into a darker and more sequential approach that redefines it as something interestingly different but maintains the heavy bass line.

On the flipside, ‘District Omega’ is a percussive and uplifting six minutes of party starting house with crafty vocal inserts. Swirling pads add soul and colour and it’s another classic in the making. The majestic ‘Particle Dawn’ ends this EP with a lovely jacking and jazzy house bomb with some virtuoso solos that will make the floor explode into life.

This EP proves that all the hard work is paying off for M.R.E.U.X with his Blumoog concept by releasing material that continues to define the techno vanguard.