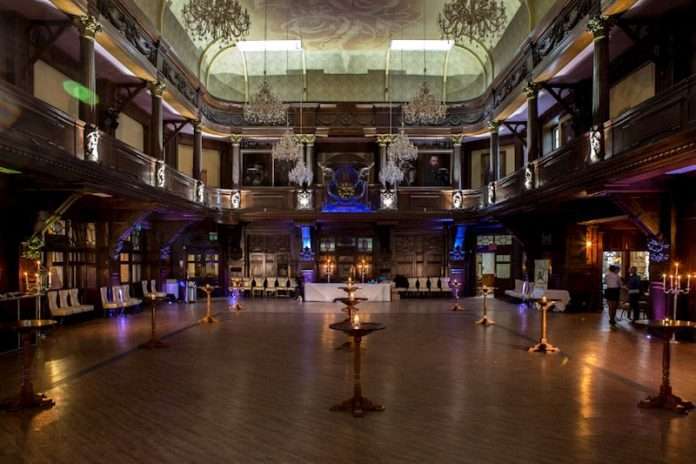 Taking place on February 9th 2019, The Poison Heart Disco is Valentines Day’s darker, sexier sister… a siren beckoning from behind velvet drapes inviting couples, singles, lovers, sinners and chancers to immerse themselves in the splendour of The Grand Hall of Cardiff’s Exchange Hotel. For the first time ever, world famous House DJs Jon Pleased Wimmin, Andy Carroll and Paul Bleasdale will be playing 80s Classics from the likes of Soft Cell, Siouxsie & the Banshees, The Cure, David Bowie, New Order and Depeche Mode to the bewitched and beautiful. 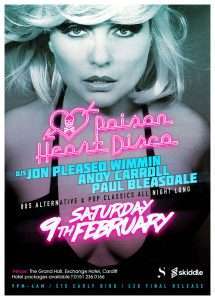 The scene of the world’s first million pound deal, The Grand Hall was originally a Coal Exchange and played an integral role in Cardiff’s development during the industrial revolution. Careful restoration has conserved the building’s opulent charm and character, with the heady atmosphere of the evening extending to the hotel’s sumptuous bedrooms where guests can retire to ‘stay and play’ for just £99 per room. This reduced rate is based on two people sharing and can be booked by presenting a Poison Heart Disco Skiddle ticket confirmation email.

With its wood panelling, huge chandeliers and an ornate clock to reminds us ‘Tempus Fugit’, The Poison Heart Disco opens a new chapter for this stunning venue, affectionately referred to by some Cardiff residents as ‘The Old Girl’. A huge range of international artists, from Stereophonics to Van Morrison have already graced its stage and 2019 sees The Grand Hall firmly at the centre of Cardiff’s vibrant music scene.

Tickets are available from Skiddle at £15 each on this link:
Poison Heart Disco Tickets