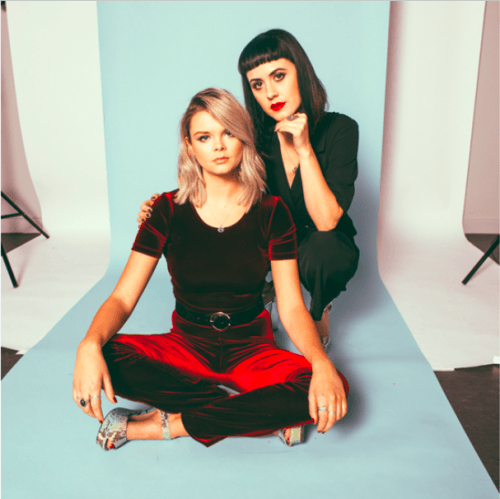 EKKAH – Homesick
EKKAH – one of the UK’s most treasured disco duos – have made a blazing return to kick start 2019 with their brand new single ‘Homesick’.

‘Homesick’ marks a very welcome return to EKKAH, who haven’t released new music for a little while. The pair have spent the last year or so in creative hibernation – gathering ideas, writing and recording – and they are now ready and armed with load of new music which is set to be released across the year. The first of which is ‘Homesick’.

For those who need reminding; EKKAH are long-time friends Rebekah Pennington and Rebecca Wilson who met in their native Birmingham and bonded over a mutual love of music during math class. A creative partnership ensued when they started writing music together and recording songs of soul and funk-addled pop. They’ve released a string of widely loved singles including ‘Last Chance To Dance’, ‘Small Talk’ and ‘Can’t Give It Up’, and toured across the globe with their supreme brand of downtown disco – live sax and dance routines in tow.

‘Homesick’ is the perfect re-introduction – a refreshing, joyful and much needed reminder of why EKKAH are such an essential British band, loaded with all their signature shimmering touches.