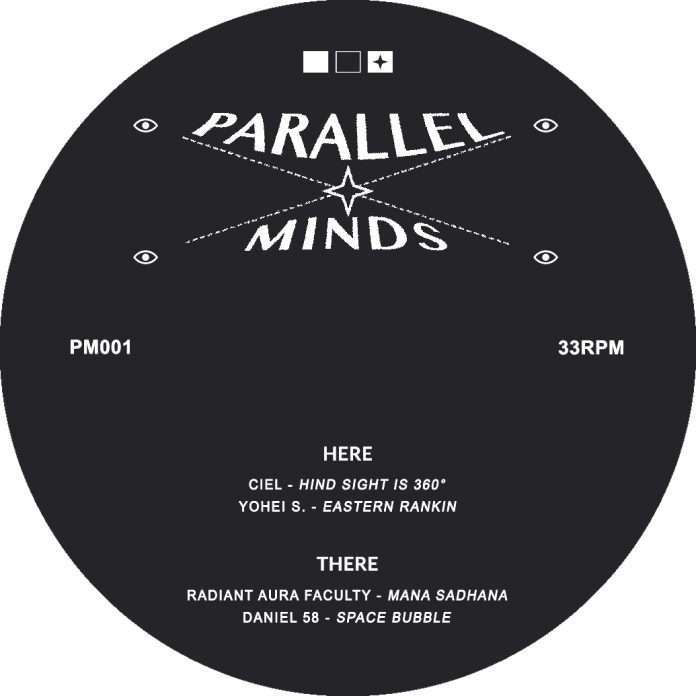 Parallel Minds is a group of like-minded musicians, DJs, and graphic artists working together to bring compelling, progressive electronic music from Toronto, Canada to the rest of the world.

The A side features two slamming house cuts, with the A1 offering by Discwoman signee Ciel and A2 by promising newcomer Yohei S. Clocking in at a frenetic 134BPM, “Hind Sight is 360” is a peak-time dancefloor banger featuring what has become trademark characteristics of Ciel’s productions: intricate drum programming and lush, jungle-inspired pads. “Eastern Rankin” is a slower, more hypnotic percussion track that demonstrates incredibly effective use of space and delay. Its minimalist structure and echoing drums would sound ideal in a dark warehouse.

The B side opens with an even bigger bang, with a track that would best be described as Indian hardcore. “Mana Sadhana” by Raf Reza under his new alias, Radiant Aural Faculty, is a vibrant mixture of Hindi vocal samples layered meticulously in between freaked-out synths and thumping breakbeat drums. Completing the B side is the aptly-titled “Space Bubbles” by Daniel 58. Drawing on influences from ambient, trance, and breaks, the Toronto artist closes out the release on a dreamy note, employing nostalgic melodies on top of tough-as-nails drums and heavy bass.

As first releases go, Parallel Minds One offers a taste of something for everyone, from a city that has perhaps been overlooked but deserves a second (third, and fourth) listen.