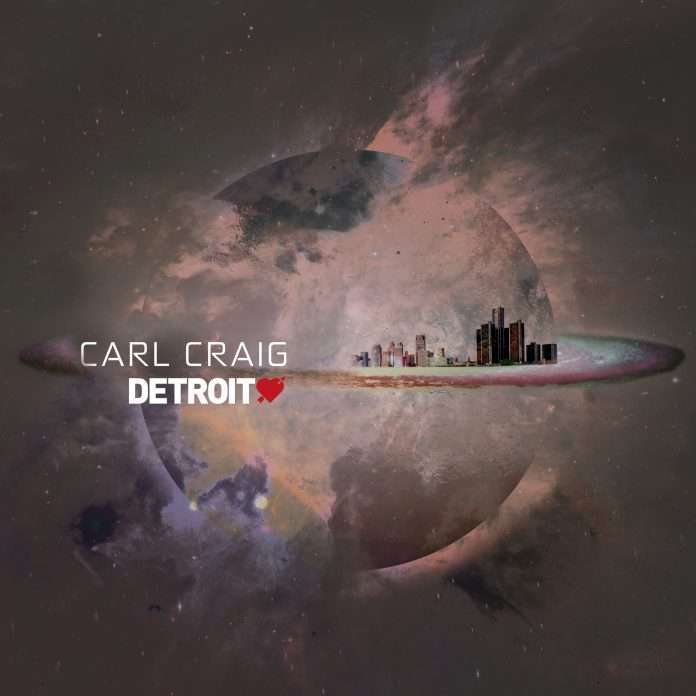 Detroit Love present the second release on their eponymous imprint – a collaborative venture from Planet E and !K7 that aims to capture the essence of Carl Craig’s beloved event series.

Following last year’s inaugural mix from Stacey Pullen, the second entry has been skillfully assembled by Carl Craig himself. Across a hazy, funk-driven voyage, he delves into the spirit of his hometown, championing the past and future of the motor city into an expertly curated mix.

With a blend of 90s gems and brand new exclusives, Carl’s track selections forge an atemporal vision of quintessential Detroit music. Included in the mix are two rare, early 90s classics from Ectomorph and Rhythim Is Rhythim, neither of which have been reissued on vinyl for decades, in addition to a 2015 collaboration from Carl Craig and Green Velvet, never before released on wax.

New material comes in the form of an exclusive Carl Craig edit of DJ Minx, another exclusive from Claude VonStroke, tracks from TV Lounge affiliates Ataxia and Mister Joshooa and unheard music from Matthew Dear under his new Brain alias, to name a few.

Whilst Carl’s name might be stamped on the mix, Detroit itself takes centre stage. The number of exclusive tracks reflects his commitment to crafting a unique listening experience, but the spirit of the city shines through in the diversity of his selections, which range from modern classical crossovers to American garage rock via a healthy dose of soul-drenched house and techno.

Carl launched the Detroit Love parties in 2014 as a way of representing the city’s heritage across the globe. Extending this mission to the label, Detroit Love Mixed By Carl Craig is an impassioned homage to the musical legacy of his hometown.

Möd4rn is back with second LP ‘Decode Process Inform Decide’