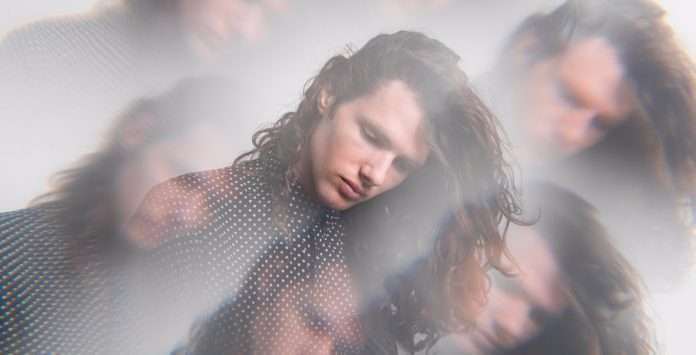 Composed in Los Angeles & produced in Paris, the album is about a break-up and resilience.
“The Only One” 1st single is a feat with JFDR – Jófríður Ákadóttir – icelandic singer named by Björk as her favorite singer and an inspiration, watch here

Since eight years of age, French composer and musician Max Sokolinski has played the guitar, bass, piano and drums.

At 23 years of age, Max packed up his life and moved to Los Angeles, pursuing a career in music. There he played live for various artists such as Daniel Johnston as well as his sister, actress and musician -Soko, whom he still plays guitar for to these days.

It was also there that he started to compose. Firstly with Mathieu Chedid with whom he wrote several songs for his album “il” and secondly for himself and his solo project that was yet to come.

In 2013 whilst touring across Europe Max decided to base himself in Paris.

He met Clara Luciani and formed the band Hologram. They soon signed to SONY /ATV and their debut song “Absolute Zero” was played on the BBC in the UK as well as “I don’t know” which was featured in Jake Hoffman’s feature film “Asthma”.

In 2016 he met the iconic French singer Christophe and after working with him on his most recent album “Les vestiges du chaos” Max went on to play guitar live for him.In 2017 he started a trio made of harp, drums and himself on bass, mixing classical, jazz and soul music. He played for brands such as Gucci, Etihad and Ellery.

Presently Max has completed his first solo album entitled “Before the rain stops”.

The album was written as a journey of self discovery as he experiences a first heartbreak. The songs transverses through all of the stages from sorrow and nostalgia to eventually acceptance and healing.

He recorded and mixed the album in his bedroom between Los Angeles and Paris, playing most instruments himself, and with the intention to create something dreamy and cinematic yet raw and personal.