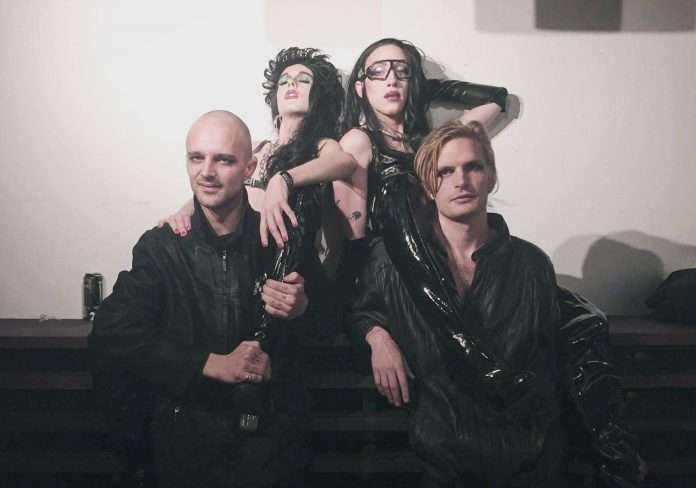 A new electronic duo under the name Tan has appeared in the underground music scene of Copenhagen. Members Mathias Riis and Andreas Bengtsen have appeared in various gloomy postpunk – and psychedelic music projects, but the melodic and pulsating retrowavy sounds of Tan brings color to the picture.

The two friends joined forces in the summer of 2016, with a vision of melting rave and club inspired vibes with melancholic and gloomy soundscapes under the self-proclaimed genre Sad Disco.

“We wish to combine something trashy with something glamurous, as if you could teleport yourself back and forth from Berghain in Berlin to a beach club in Miami” the duo says.

Accompanied by dancers and drag queens, their live sets seem to continuously expand the forms of their retrofuturistic take on music into new territories, which makes TAN an interesting act to watch.