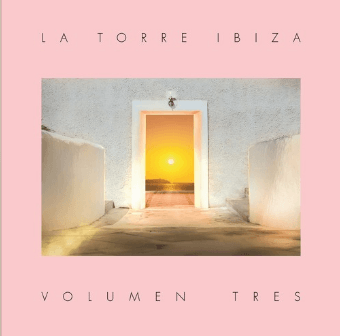 “The future is the past and the past is the future, but when the sun kisses the ocean… there is only now” Mark Barrott. 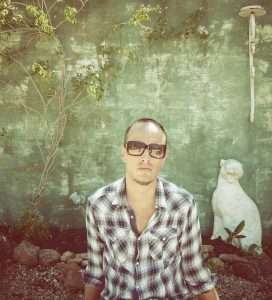 A secluded gem in Ibiza’s now commercial landscape, La Torre is located in Cap Negret, within the picturesque countryside of San Antonio. Nestled away, on a cliff that juts deep into the ocean, La Torre acts a mecca for those seeking the original Ibiza experience.

Picturesque views of the magical Meditteranean sunset intertwine with true Balearic melodies, where like-minded strangers connect with bygone friends. Here is a location that offers an introspective experience, one that calms and soothes the soul of attendees whilst recounting the Ibiza experience of old.

Volumen Tres is compiled by long term friends Pete Gooding and Mark Barrott. Veterans within the Ibizan landscape, the concept behind the compilation is to reflect the true beginnings of the islands heritage. A place of hedonistic discovery, it was in the 1980s that the likes of Paul Oakenfold made their way to the hidden Meditteranean location. Bathed in an air of mystery and enchantment, institutions such as Pikes Hotel were a place of true personal freedom, often frequented by the late Freddie Mercury and enveloped in tales of opulence and indulgence.

This ethos and feeling is precisely what Volumen Tres represents. In this case, out with (most of) the new and in with the old, as the pure Balearic sound is voiced through the selections of Mark Barrott and Pete Gooding. Old records merge with new boundary pushing productions, but all in-keeping with the theme of the true Balearic soundscape. 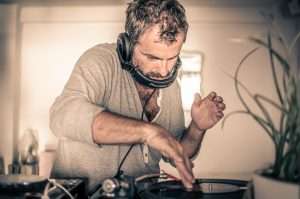 The compilation begins with Alsema Dub. The product of Bill Laswell & Jah Wobble’s liquid bass ethnicity, a cooing vocal is complimented by the pulse of trumpets as an ethereal synth runs in the background. Berlin based Neapolitan duo Nu Guinea create ‘A Voce ‘E Napule, an exotic funk-driven number, whilst Canadian native Pacific Coliseum creates the tropical, emotive Morning at Made’s. American Alt Country icons Lambchop provide a feel-good yet bitter sweet anthem in Up with the People, before psychedelic Australians Tamam Shud create Bali Waters, a masterpiece from the cult surf movie ‘Morning of the Earth’. Downtempo talents Satoshi & Makoto produce the gently-moving Crepuscule Leger, whilst Mac DeMarco’s On The Level features soothing left of centre vocals and dream-like melodies.

The late English Punk Impressario Malcolm McLaren takes us on an intricate, Asian inspired journey with Obatala, before Mark’s re-imagination of the classic Tears for Fears track Head Over Heels ratchets up the drama & bliss with it’s widescreen vista. Up next is Trance’s iconic Ambiente, released in Germany in 1984, it marries Eastern Philosophy with Western electronics, before English hauntology talent The Advisory Circle forms a chillingly-beautiful masterpiece with Sundial. American songwriter and composer Richard Torrance provides the groove-laden, percussion-filled Anything’s Possible, whilst Swing Out Sister’s classic After Hours transports us into the Twilight via it’s 80’s jazz refrains. The penultimate track comes courtesy of Mark Barrott, who’s Mokuso was inspired by his adventures in rural Japan and Tokyo by night, paving the way for the final selection: Colorama’s Coloured In Remix of poet & author John Stammers’ Idle I’m. Moving, and wholly satisfying, the Londoner rounds off the compilation in style, as we are left pensive in a state of nostalgic musical reflection.

In compiling La Torre Ibiza – Volumen Tres, Mark Barrott and Pete Gooding create a sonic vision of paradise; a utopian declaration of freedom, one that conceptualises their intent through musical selections. Despite times changing, we are left frozen in a soundscape of sizeable proportion, whilst the healing-like nature of the records administer a type of medicine that can not be found elsewhere. We listen, in the present, to the Ibizan soundscape of old, nurtured and soothed in a Meditteranean bliss & beautifully re-framed for the modern world.