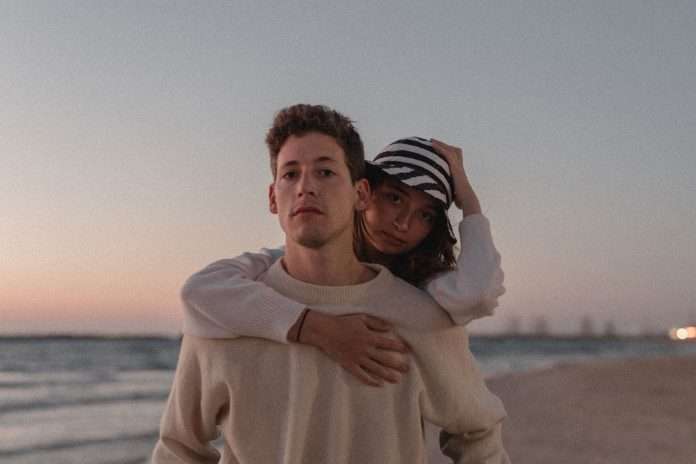 zalagasper (aka Zala Kralj & Gašper Šantl) present “come to me”, their first English single. They have been performing in English for a long time, but this is the first track which on account of its quality, the Slovene duo felt deserves to be presented as a single. This fresh sound whose production is credited to Nikodem Milewski arrives shortly after the zalagasper won the worldwide audience with its minimal and intimate performance at the Eurovision Song Contest .

Their musical direction and style are best described with a single word – art. Whether talking about the songs, the style of these two musicians or their entire visual identity, they are a real breath of fresh air on regional music scene. After leaving that exact same impression on the audience at the global level, the duo will present them with a new single in English, that will also introduce a trap and deep house tone into their recognizable sound palette.

“This song is about our home not being so much defined by a specific place, but by a person, since we are each other’s shelter. We all have someone who we go to when feel upset. “come to me” shows the contrast between the outer world and our bubble. It was created when a lot was happening to us, especially music-wise, but we couldn’t be together because of the circumstances, so we tended to feel lonely”, zalagasper explained.

“come to me” is the duo’s first single not produced by them. They have partnered up with Nikodem Milewski, who is known for his work with artists such as Möwe, Klangkarussell, Robin Schulz and Felix Jaehn, but to name a few.

“We met in Vienna end last year in the Sunshine Mastering Studios and talked a lot about our ideas and music in general and we clicked. We actually spent half of the day in the studio, while they were mastering new tracks from SOHN in the one next door – which was pretty cool as SOHN is one of our favourite artists. We really enjoyed working with Nikodem. He is a great guy and great producer”, they stated.

Trentemøller announces new song and video ‘In The Garden’!