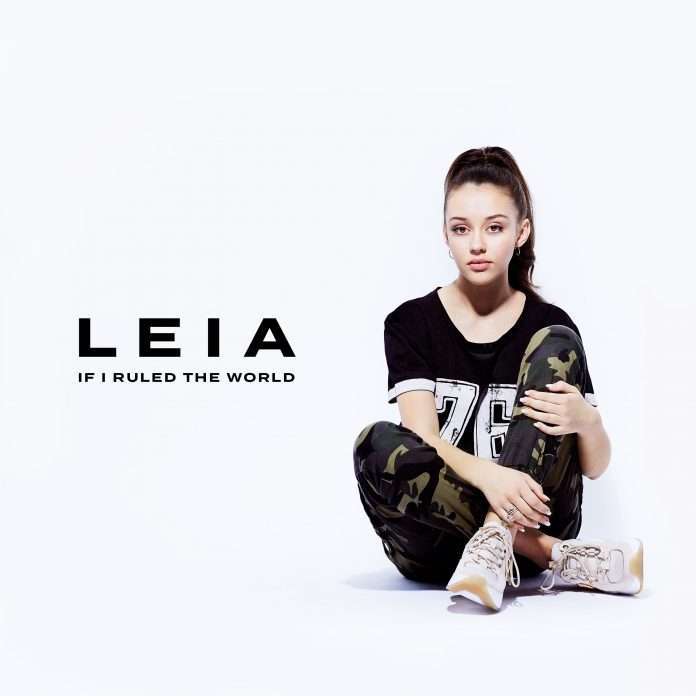 Leia is the 14-year old singer from Bromma, Sweden who, despite her young age, already has big plans for her career. She has been singing as long as she can remember and has always known she wanted to be an artist or a performer of some kind due to her incredible passion for music. With her bubbly and carefree personality, she still has strong beliefs and values and highlights the importance of staying true to yourself.

Idolizing legends such as Ariana Grande and Adele, she loves when artists are personal and down to earth and explains that this is what she draws inspiration from. “I think it is really important to stand up for yourself. If I think that something is wrong, I am the first person to speak up”. With an undeniable confidence and ambition, she is determined to do whatever it takes to climb to the very top to reach her goals – however long it might take.

Leias debut single ‘If I Ruled The World’ demonstrates her dynamic, powerful voice and focuses lyrically on how she herself would tackle heavy subjects such as inequality and injustice. Co-written by Zara Larsson, the single is a feminist anthem for women all over the world however, concentrating on Leia and how she would change the world if she got the chance. She immediately felt that this was the right song for her to release as her first single, connecting with the lyrics and the whole sensation of the dynamic build in the song equally. Now Leia is ready to show her immense talent to the world, starting with ‘If I Ruled The World’ but with much more planned for her upcoming career – this is only the beginning.