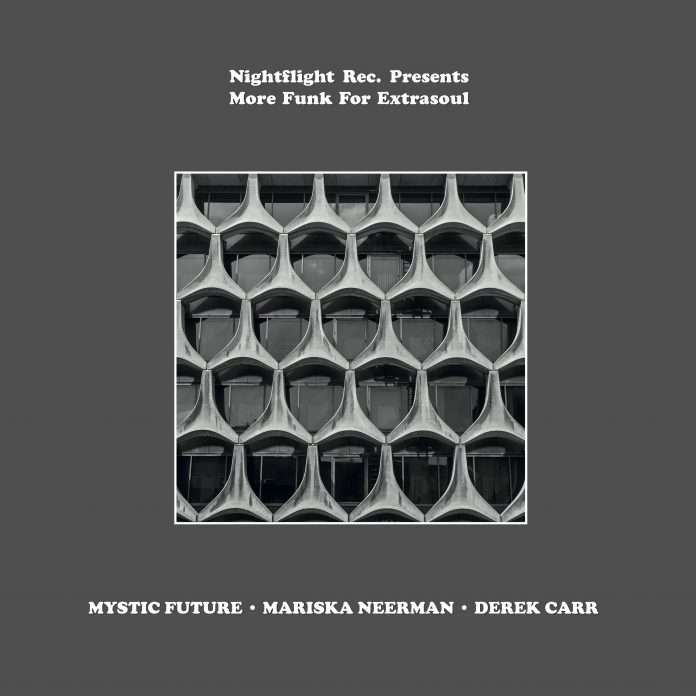 Mystic Future’s “Break The Cycle” starts with breaky beats and a trippy, deep pad building up the tension till the 4/4 beat and wobbling baseline kick in creating a dancefloor filler tune. Derek Carr proves that white men can funk: his remix of “Break The Cycle” will keep these asses moving with this hi-tech funk monster!

Mystic Future (Yannick Robyns&Charlie Levan)
Yannick Robyns aka Mystic Future has been dj’ing for about 20years: first in Belgium and then in Berlin (Germany) where he built up his reputation by playing every major club. This lead him to gigs all over Europe. He is also the promotor of the infamous !Wanted concept in Berlin. Recently he started focusing on producing and resulted in a collaboration track “Keep Rolling” with Daniela La Luz on her second album “Counting Days” on Housewax. He also has releases on Tonkind, Colludo and Occult.

Derek Carr
Derek’s music instantly takes you on a journey direction Detroit. Derek Carr’s ability to create soulful melodies, bouncy basslines and subtle beats is not only unique – it’s pure class. After two decades of crafting his own sound with analogue synths and samplers with the music culture of Motor City as an inspiration, Derek Carr doesn’t sound like anyone else. All the archetypical Detroit sounds – from the robotic bleeps to the moody strings of Metro City – are present in his music but Derek Carr uses them to create a primarily club oriented vibe, uplifting and positive.

Global Underground is back with Just Her ‘s new EP “Fall...