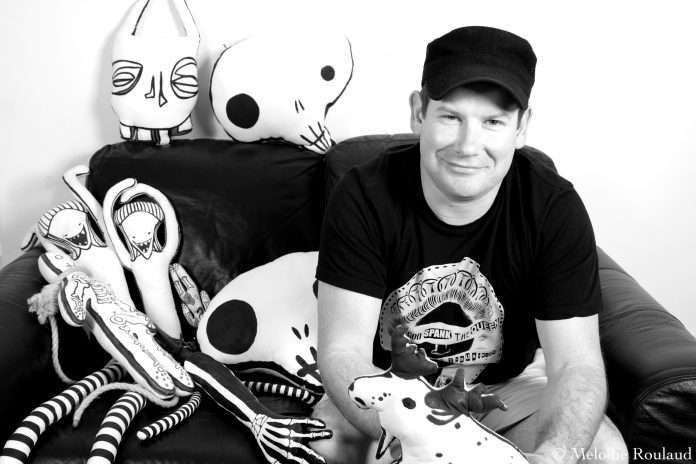 Transparent Sound was originally formed in 1994 by Orson Bramley and Martin Brown, making it one of the UK’s longest running electro acts. After Martin left the duo to pursue other avenues some years ago, Transparent Sound has continued with Orson at the helm. Orson grew up during the heady days of acid house’s first wave in 1987/88. Originally a fan of early electro acts and the breakin’ scene that accompanied it, he was turned on by the illicit electronic thunk and hypnotic grooves of house and techno. Not that he completely lost touch with his roots: in the early ‘90s Orson was a member of legendary UK hip hop act/breakdance crew, Severe Carnage. These days Orson’s style takes in various flavours of electronic funk.

Alongside the project he also runs Orson Records (launched in 2004) and in 2019 he introduced the world to his Empty Orchestra side project, and the launch of the new Transparent Sound label. “After seeing the rise of vinyl sales again over the last few years and some of the classic early Transparent Sound releases soar in value, I felt people were ready for Electro properly now and may even be getting tired with the usual 4/4” says Orson, promising “high quality forward thinking Electro that isn’t scared to take a few risks.” The first two releases on the label (Empty Orchestra ‘Nervous Smile’ and Transparent Sound ‘What Is Your Name?’) have already set the bar high. Meanwhile Orson is also taking the sound on the road, with his vinyl only DJ sets.

It’s clear the new Transparent Sound album, ‘Gently Evil’ is a smorgasbord of electronic delights from the atmospheric opening bars of ‘Pretend Like You Care’, before ‘No Call From New York’, which was thoroughly rinsed by the likes of Helena Hauff and B.Traits on her BBC Radio 1 show when it was released in 2017. There are also brand new servings of the classic TS sound like ‘Beneath The Beauty’, ‘A Thousand Yard Stare’ and ‘Awful Mutation’, which certainly don’t disappoint. They’re interspersed with other beauties like the sweeping electronica of ‘Love Pony’, the brooding ‘One Kiss’, a taste of the acidic in ‘Random Acts Of Casual Thievery’ and ‘Lying Tongues’ which closes the album with a final stab of electro funk, proving that Transparent Sound is ready to continue its legacy.

Track Listing:
A1. Pretend Like You Care
A2. No Call From New York
A3. Love Pony
B1. Beneath The Beauty
B2. One Kiss
C1. A Thousand Yard Stare
C2. Random Acts Of Casual Thievery
D1. Awful Mutation
D2. Lying Tongues