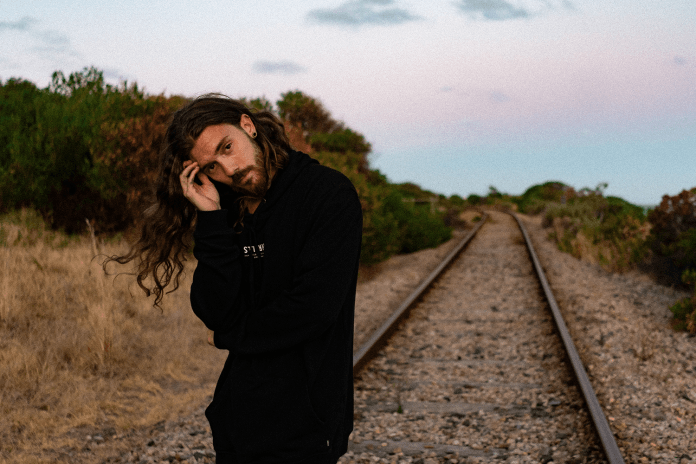 Australian alternative-pop singer-songwriter Jacob Lee has released his forthcoming single ‘Sorrow’ on 20 September via his own label Philosophical Records.
This follows on from ‘Zen’ and ‘Artistry’ lifted from his upcoming album. The track was produced by Matthew Bartlem (Broods, Matt Corby, Dead Letter Circus) of Loose Stones Studios. Lee has accumulated over 140 million streams across digital streaming platforms. He has found himself the landing pad for a myriad of international artists, becoming the primary melody-writer and lyricist for the likes of Will Sparks, Reece Low, Marco Farouk, Tom Enzy, Buzzmeisters, Trifo, Swede Dreams.
After returning from tour alongside Dennis Lloyd, he is currently preparing to hit the road again – on a UK and Europe tour which will see him play dates at London’s Camden Assembly, and the renowned Reeperbahn Festival.

Born in Gold Coast, Queensland, Lee has always felt compelled to use music as a vessel for self-expression. He is also a skilled writer and will release Jacob Lee’s Book of Lyricism (Vol 1) later this year, as well as an abundance of visuals, international touring and perhaps even another full-length record. He has released four independent projects since his debut album Philosophy in 2015, and has described his upcoming record as the perfect evolution from Philosophy, touching on topics he’s wanted to lyricise his entire life.

Consumed by the idea that music requires landscape, meaning and purpose, Jacob Lee has taken it upon himself to step in the shoes of others, conjuring stories they’d otherwise never had found words for, relating to them in ways only a dear friend could. Lee shies away from naming influences, preferring to let his sound speak for itself. Certainly, his music embodies elements of a multitude of genres, while drawing parallels to the likes of James Bay, Calum Scott and Sleeping At Last.

On ‘Sorrow’, Lee lets his vocal ability take centre stage. The track explores a fuller arrangement that complements his significant lyrics and crooning vocals. It is something of an emotional offering, speaking of the agonies and ecstasies of love. But most importantly, transcending it all is Lee’s astounding power to make us hang on every word.

Speaking of the track he notes: “‘Sorrow’ came from one of the most difficult nights of my life. The song describes in detail the night itself from two different perspectives. I think anyone who’s been through intense heartache will relate to this one”