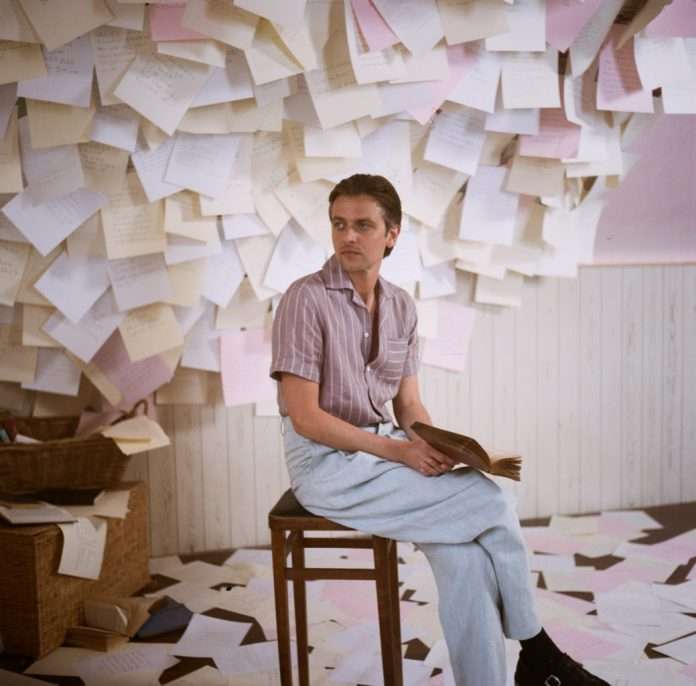 One of the UK’s most distinctive new voices, George Cosby, has shared his huge new single ‘Day In Day Out’, out now via Columbia. The video is directed by Joel Barney and follows George around the English countryside and coast; the beauty and enormity of the landscape at odds with the modern banality he grapples with in the track. The new single follows George’s debut single, ‘Real Love’, which has soared to over 700k streams worldwide as well as his second single ‘Lost On You’.

On the new track George says “Day In Day Out to me is a big daydream filled with infatuation. You’re lying back on your bed with your mind far away, consumed by this person you’re falling for, from whom you’re separated temporarily. A whirlwind suddenly given room to breathe although your mind quickly fills the space…Day In Day Out was one of a few that I wrote during my time in Los Angeles. I remember really living this song, I’d just started up a new relationship and flown to the other side of the world for three months. It was all I could think about and the only thing I could write around.”

The world needs big dreamers and George Cosby is certainly one of them. His richly textured sound draws directly from the cinematic canvas that occupies his mind – made up of the highs and lows of love, life and everything in between. The very same peaks and troughs that have found him dreaming-up and creating the music he is now excited to share with the world. He’s travelled the globe, worked odd-jobs to make ends meet (including a brief stint in a morgue), fallen in love and had his heart broken – But his romantic spirit remains intact.

His debut single ‘Real Love’ was a compelling first introduction – a soul-shaking ballad that challenges traditional notions of masculinity and romance and turns them on their head. Nodding to the style and suave of Roy Orbison and the escapism of Lana Del Rey, his sounds is timeless and individual, like it could be beamed in from the past or plucked from the future at the very same time.