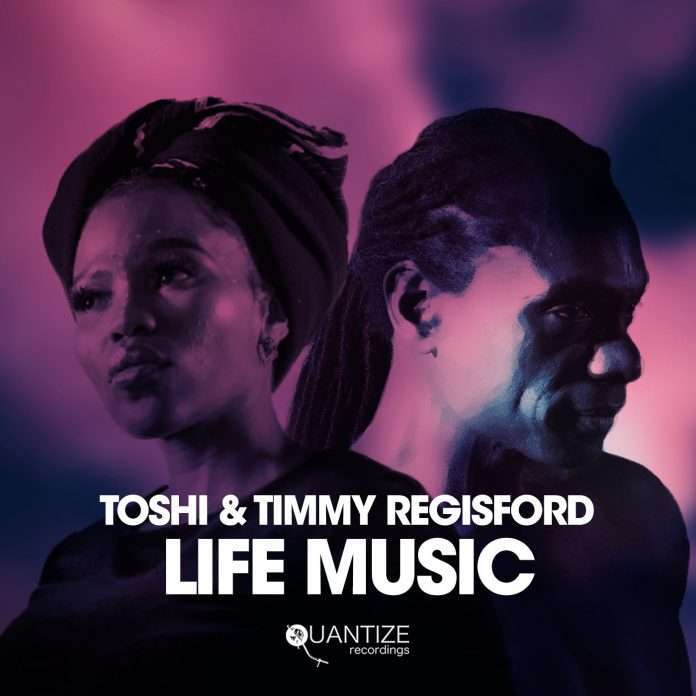 Dance music legend Timmy Regisford teams up with the Afro House vocal queen Toshi on a stunning collaborative album for Quantize Recordings titled ‘Life Music’. From the upbeat vibes of the opening single ‘Revolution’ to the closing percussive vibrations of ‘Zoda’, ‘Life Music’ is Afro House at its best. Prepare to be enchanted by a myriad of organic afro rhythms, atmospheric soundscapes and hypnotic grooves, all beautifully vocalled by Toshi, whose distinctively exquisite voice captivates and mesmerises.

Cape Town’s Toshi Tikolo is one of the leading voices on the Afro House scene. Her distinctive tones have graced some of the biggest tracks the genre has seen in recent years, including ‘BUYA’ with Black Coffee and ‘Ngeke’ with Armonica including the massive remix from Andhim. She released her debut album ‘Ubuhle Bendalo’ and has worked with some heavyweight producer names including David Morales, Stones & Bones, Timmy Regisford, Afro Warriors, Fabio Aurea, Saint Eno, DJ Kabila, Leon & Herb and many more, alongside her solo tracks.

New Your Based Producer /DJ Timmy Regisford is known for his brand of soulful dance music. He started in 1985 at WBLS radio station in New York then In 1988, Timmy became A&R Director of Atlantic Records signing artist such as Miki Howard and Levert. Then as A&R Director for MCA Records he developed Loose Ends Colonel Abrams and signing Guy and Eric B & Rakim. Regisford later became Vice President of A&R at Motown Records, signing acts Milira, Blaze, Basic Black, Today, and Johnny Gill. He is known for his remixes for Patti LaBelle, Bobby Womack, Gladys Knight & the Pips, Diana Ross, Stevie Wonder and many others. Then in 1996, Timmy became Vice President of A&R at Dreamworks Records. Timmy co-founded the legendary Club Shelter parties in New York City, which has continued to run for over 25 years ago. Timmy has released over 157 productions and remixes on the labels such as Shelter Records, Restricted Access, Unrestricted Access, West End, King Street, Tribe Records and more. In 2011 he released his highly acclaimed ‘At The Club’ artist album on Tribe Records and then finally this year, his long awaited follow up album ‘7PM’ came out on Quantize Recordings, spawning many dance floor hits.